An interview with Chris Ullrich, CTO of Immersion Corp: 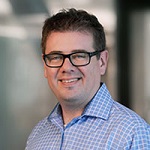 Q: Tell us about Immersion and why the company was founded.

A: Immersion specializes in the research, development, and licensing of touch feedback or haptics. The company was founded in 1993 out of Stanford University with the vision of enabling consumers to experience high-quality tactile feedback by dramatically reducing the cost of these technologies developed in the lab. The first market to feel the impact of haptics was gaming: force-feedback steering wheels and joysticks. After its IPO in 1999, Immersion expanded its touch technology into the automotive, mobile, medical, and virtual reality markets. 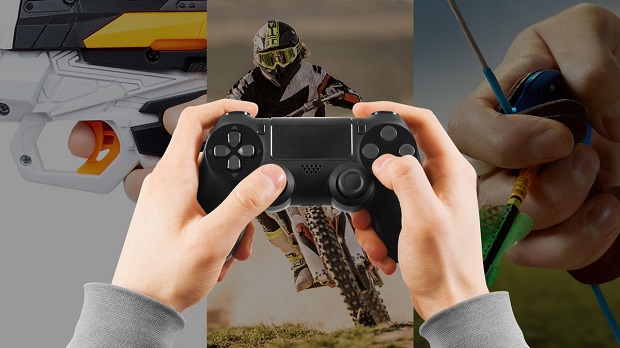 Recommended: Konversai: The Future Of Work

Q: What exactly is haptics?

A: Haptics is the technology that enables the sense of touch in human-machine interfaces. The most common example of haptics is in mobile phones…feeling the keys as you type on an Android keyboard, or the spinning wheel of the date-picker in iOS. Whenever a machine or device provides tactile feedback to a human, that is called haptics.

Because haptics works with the sense of touch, it has distinct advantages over sound and visual feedback: privacy, immediacy, and realism. Touch feedback is only experienced by the user and not by anyone else. This enables haptics to act as a private communication channel between the user and the machine.

Touch sensation is a very old biological skill and, as such, it can act very quickly on users, getting their attention. Finally, touch feedback can create the illusion of realism by fulfilling a low-level need that users have to experience tactile sensations along with visual and auditory sensations. This effect enables virtual reality to feel more real and for users to interact more confidently with an interface.

Q: What applications are best suited for haptics and why?

A: The key values of touch feedback turn out to be incredibly useful in a variety of applications.

Automotive touchscreens:
The vast majority of new cars have touchscreen/touch pad interfaces in them. These flat surfaces can present a real safety issue if users must give them too much visual attention in order to use them. This creates driver distraction. Haptics effectively mitigates this problem as a driver gets a confirmation response that an action was completed. For example, if he touches the glass on his dashboard to turn off the radio, a subtle haptic signal confirms his action. This feedback further enables new types of interior design and functionality in vehicles.

Game controllers:
Video games are the original use case for haptics and remain one of the strongest value opportunities. Haptic feedback enhances realism and, when designed in concert with visual and audio feedback, can transport users into the game environment in a very believable way.

Mobile phones:
Most modern smartphones have high-quality haptic capabilities and many use cases to take advantage of tactile feedback. Because mobile phones are held in the user’s hand and primarily use touchscreens, they are a near-ideal application of haptics. Haptics can provide button-like feedback to confirm user interactions but also bring the user interface to life by imbuing controls with mechanical feeling. Studies show users are more confident and satisfied when using haptic touchscreens vs. those not enhanced with tactile feedback.

Q: What are the growth prospects for haptics?

In automotive, IHS Markit Technology estimates that more than 90% of the 100 million cars shipped annually will have at least one touchscreen or touch surface. Each of these touch interfaces is an opportunity to add haptic feedback.

In mobile, nearly 100% of the 1.4 billion devices produced annually have a haptic-capable motor. Apple has set the bar high with its recent release of Core Haptics, which enables developers to create rich haptic experiences as part of their games and other apps.

In gaming, Sony just announced that the PlayStation 5 would have next-generation advanced haptic capabilities that include both HD vibration and force-feedback triggers. These capabilities will enable a whole new level of gaming experiences for users when it is released in 2020.

According to Technavio, the adult novelty market will grow to $30 billion annually. We see a shift here toward “smart” devices. As these products are inherently tactile, we believe there is a significant opportunity for growth of true haptic feedback in this market.

We are in the infancy of this technology, so the potential for haptics is great.