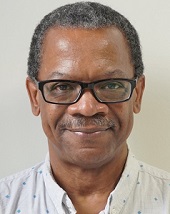 Q: Stem cell immortality seems a departure from Asymmetrex’s focus on its new kinetic stem cell counting technology. Is there a connection?

A: Oh, definitely! Immortality for stem cells is all about the cool things they do with their DNA. In freshman bio, now probably even in middle school, you learn a rule of cell DNA inheritance. Cells mix up their old DNA chromosomes with the new ones they made before they divide to make two new cells. That’s why, unless you have a twin, you don’t look identical to your siblings. Tissue stem cells ignore this rule. They don’t mix up their DNA before dividing. They keep the same older DNA strands no matter how many times they divide.

There is a nearly 50 years-old idea that this keeps them looking and acting the same for our whole life while also helping them avoid turning into cancer cells more than they do. Although this stem cell DNA immortality had been shown in animals like mice for years, no one had shown that normal human tissue stem cells had immortal DNA, too. That is what our new report shows.

Oh, yes, the connection to counting! Asymmetry. The basis for our name, “Asymmetrex.” Stem cells only maintain immortal DNA strands when they divide asymmetrically. Dividing asymmetrically is how they maintain our organs and tissues. They divide without changing, keeping their old immortal DNA; but the other cell they produce, which doesn’t get the immortal DNA, transforms into a mortal cell that functions for a while and then dies. Asymmetrex’s kinetic stem cell counting technology counts stem cells by detecting their asymmetric division mathematically. But we are also working to detect the immortal DNA strands directly, which would make stem cell counting even easier. In fact, we already have patents for this method.

Q: If you already have patents and it’s easier, why isn’t Asymmetrex developing stem cell counting based on immortal DNA now?

A: Well, if I had about 20 million dollars, I would be! When I founded Asymmetrex, seven years ago, I looked for investors and partners to fund such a venture. No takers. So, I decided to take a longer, but lower cost, and, importantly, lower risk path.

We knew about immortal DNA strands in human liver stem cells even before I founded Asymmetrex. But even now we have not had the opportunity to evaluate whether they are also present in other important human tissue stem cells. A very expensive and risky path to achieving an effective counting method. On the other hand, asymmetric self-renewal division applies to all types of tissue stem cells. So, not long after starting Asymmetrex, we switched focus to kinetic stem cell counting as our first business model.

Q: So, how does kinetic stem cell counting get you closer to possibly easier immortal DNA counting?

A: Specific quantification. All of that risk and expense to pursue immortal DNA counting is because validation requires expensive animal studies that only work for one type of stem cell. With our kinetic counting technology, we can quantify stem cells from essentially any human organ or tissue. That means we can use the specific quantification to validate immortal DNA counting for any human tissue stem cell type…and for a whole lot less money. And that’s what we are working toward now.

Q: But is that going to make your kinetic stem cell counting technology obsolete?

A: I once had a prospective investor say to me that he was concerned that another company finding a specific biomarker for counting tissue stem cells would quickly eclipse Asymmetrex’s more involved computer simulation-based kinetic stem cell counting method. I told him that company would be Asymmetrex; and it would be our first-in-kind kinetic counting method that allowed us to develop such proprietary methods that we had covered by our patents. I hope he is still watching.

Q: What’s the origin of Asymmetrex’s focus on immortal DNA in stem cells?

A: Me. In the fall of 1978, when I was junior at Harvard College, John Cairns was a special invited speaker for my biochemistry class. I was so excited to hear him talk about his work on DNA replication. But instead, he talked about this paper that he had recently published in Nature in 1975. I didn’t read the paper, and I was annoyed that he didn’t talk about his DNA replication research.

In 1996, at the Fox Chase Cancer Center in Philadelphia, after giving the yearly Cancer Center seminar for my lab, a young post-doc stop by my office and asked me if I new about Cairns’ remarkable immortal DNA strand hypothesis for tissue stem cells. He gave me the same paper that I had not read 18 years earlier. He was excited that the cell lines engineered by my lab with experimentally controlled asymmetric stem cell division might be used to detect and study immortal DNA strands. He was right.

It would be after a move to MIT and another 6 years before an undergraduate in my lab made the first confirmation of immortal DNA strands in asymmetrically self-renewing cells. An MIT undergraduate was also the first to detect them in human tissue stem cells, though we are only now reporting her findings more than a decade later. Cairns visited my lab at MIT right when we were writing the first report. He is the only person I have ever met who was as smitten by immortal DNA strands as me. Cairns died in 2018. I miss him terribly. Though he didn’t get to see it in press, he knew that his ingenious prediction for human tissue stem cells was confirmed.

Q: That’s quite a history. What do you see for Asymmetrex in the future?

A: I’m always thinking about how what we do now may set a good future. I’d love to be looking back some time in the future and seeing that what we are developing now at Asymmetrex led to “Cairns counting” as a routine activity in stem cell science and stem cell medicine.