Below is our recent interview with Neil Mandt, the Founder and CEO at CrimeDoor, the just released ultimate source for True Crime news. With CrimeDoor users can immerse themselves in real crime scenes through AR technology that allows them to enter a portal (door) into the very moment of iconic crimes and local mysteries. CrimeDoor curates and organizes crime news, case files, evidence and more with content from notable media authorities providing a unique context to each crime scene. With uninterrupted exploration of the crime scenes and 3D evidence, users have the opportunity to relive the moments when detectives first arrived on the scene and perhaps bring a new perspective to unsolved cases.

Some of the first AR doors to be released include John Lennon, Nicole Brown Simpson and JonBénet Ramsey, and the infamous serial killer Ted Bundy’s first victim, Georgann Hawkins, and more. New crime scene doors will be released each week, creating bingeworthy programming and a new form of mobile entertainment. 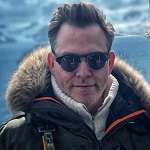 Q: CrimeDoor is at the convergence of technology and storytelling. How did you conceive the app?

A: After a 15-year run of producing movies and TV shows with my brother, in 2015 I decided to make a right turn into Immersive Media to create Augmented Reality and Virtual Reality content. Tim Cook, Mark Zuckerberg and so many others have made their interest in the Immersive space clear, this is their future. Separately, industry analysts’ predictions on the growth of the technology support a seismic shift in consumer behavior, further cementing the importance of this new media. Since the summer of 2016 I have spent a great deal of time trying to break down the reasons Pokemon Go blew up. A number of factors came into play, it was simple, even grandma could play with you. This meant that it could become social within a family where the adults wanted to play with their kids, after all, most little kids don’t own a smartphone. Next, it was different, even though most people had no idea they were playing with AR, it came across as something fun and genuine. Last, it was based on a huge piece of intellectual property, as Pokemon had a global fanbase that was ready to engage.

There’s no bigger IP than True Crime. Sadly, John Lennon, Selena and Tupac’s most memorable moments of their careers, were deaths that came as a result of their careers. Last year my wife and I were watching a very popular True Crime documentary, I wanted to learn more, so I went to Google to satisfy my curiosity about the case. After hours of going down the rabbit hole, I wondered why there wasn’t a central organized hub for the content. In effect, True Crime didn’t have an equivalent of ESPN.com, CNN.com or even The WeatherChannel.com. This meant a large audience wasn’t properly being served quality content, nor were they invited to a place to congregate. I immediately wrote down my sketches for the CrimeDoor and began developing it with my wife Lauren. Sixteen months later we believe we have something. 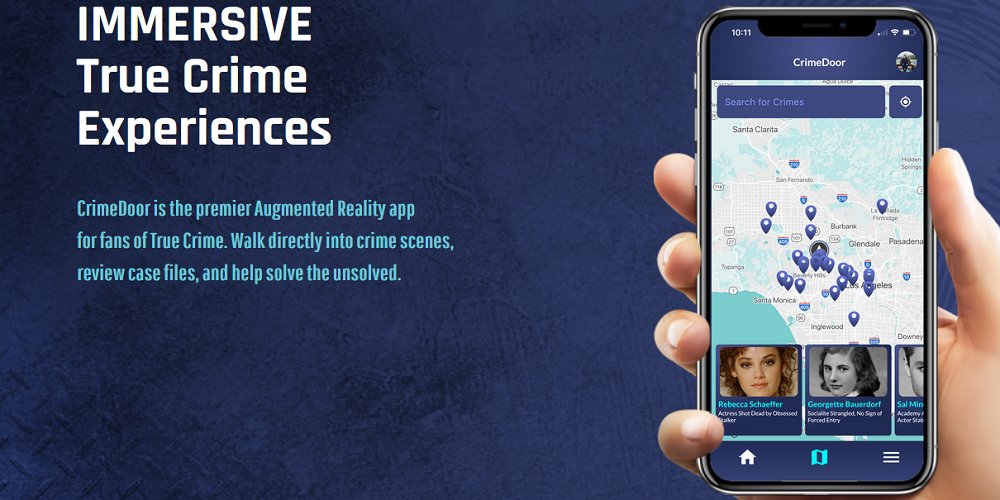 Recommended: Pure Watercraft Is Leading A Fundamental Transformation Of Boating For The Next Generations To Hit The Water

Q: Do you expect some of the unsolved mysteries on the app to be solved by the general public?

A: There is no doubt that members of the public will solve crimes using the tools in CrimeDoor. Just think about how crimes are solved, or often, not solved. A detective arrives on a scene, there’s blood everywhere, people are crying and screaming in the background, maybe there’s sirens or flashing lights. It is an unbelievably intense and distracting environment, and that’s for the professionals. A detective investigates that scene one time for 1-2 hours and that’s it, they can never return to that moment and get another look. Until now.

CrimeDoor’s AR crime scenes are created by using the actual police photos to ensure accuracy. Additionally, CrimeDoor presents the user with volumes of information related to the case, including relevant police reports, videos, articles, photos and more in one ecosystem. The Augmented Reality Doors give the user a unique sense of presence that allows for the possibility of actually “understanding” the crime. People have been able to learn about crimes by reading and consuming other content, however, in order to truly understand something, you must actually experience it. People will collaborate, they will discover things and they will find answers. Presence equals understanding.

Q: You have produced film, television, and streaming content. Now you are working in the immersive mobile space. Where do you see the future of entertainment platforms going?

A: The internet will be entirely 3 dimensional by the end of the decade. First computers were large mainframes, then a desktop, followed by mobile and last will be spatial. The Spatial Web as it’s called will be discoverable by using Augmented Reality eyewear. I’ve heard many people say they wouldn’t wear glasses, presumably because they think a pair wouldn’t wear well on their face. These people are wrong, they will wear glasses. They will wear them because it will give them straight up super powers! They will have the internet available layered on top of their real world; content and information will be attached to everything. How many calories are in that orange? Just look at it and the data will pop up. Are there apartments for rent in this building? Just look at it. Is that guy single? Just look at him and his tinder profile will pop up next to his face, or Linkedin, or whatever he wants you to know. Users will be able to live at an efficiency level only thought of in the Jetsons. Sit in your living room looking at college football on 8 screens with a hologram of your brother who’s on vacation in France and none of it is actually there. This will be pretty cool and content creators will consider all of the changes in human behavior to develop entirely new ways of being creative.

Q: What has the response been to the app? Any contact from the families of the victims who’s cases you highlight?

A: We currently have 5-Stars on the App Store and have received some very positive customer reviews. People tell us they appreciate that our sole purpose is to bring attention to the victims and present accurate information about the crime. They see the importance we place on authenticity and our careful attention to detail. This makes them feel more confident with their own conclusions, as they work to better understand cases.

Former Detective Paul Holes introduced CrimeDoor to the family of Rebecca Zahou. Rebecca died in 2011 under suspicious circumstances and the family has been reaching out to the public for assistance ever since. The family is always looking to engage with a new audience of potential sleuths and supporters and they saw Augmented Reality as a unique opportunity worth trying. We worked closely with the family and Paul to populate her case profile with reports, photos and videos that have never been available to the public. We consider ourselves fortunate to have the opportunity to learn from the Zahau’s and Paul about their experiences.

Q: Do you see this type of platform being used beyond the world of True Crime?

A: Companies like Ikea, Wayfair and Sephora have been using AR to allow a customer to try out products in their real world environment to great success. As a result of experiencing a product via AR, customers are 40+% more likely to buy that product. The sales conversion rates makes Augmented Reality the Holy Grail for advertisers and that industry is just the tip of the iceberg. Students will attend a class from remote areas around the world, while having a sense of presence of being in the classroom. As remote working becomes more common, companies and employees will benefit from being able to interact in communal 3 dimensional spaces. The creation of the Spatial Web is as significant as Gutenberg’s printing press and Edison’s electric light.