Synthetic Identity Fraud On the Rise!

Among the most rapid-growing concerns in the United States is synthetic identity fraud. Conventional fraud detection and protection measures malfunction when it concerns synthetic ID deception. To build a false identity, con artists use actual and fabricated data, including stolen social security cards and invented names.

The scammers then commit other acts of fraud under the guise of their new fictitious identities. Those new phony accounts with fictious identities can affect the general public, financial firms and public agencies as well.

Discover more about Synthetic Identity Theft, how it works, and the preventative measures you can adopt to eliminate this nuisance. 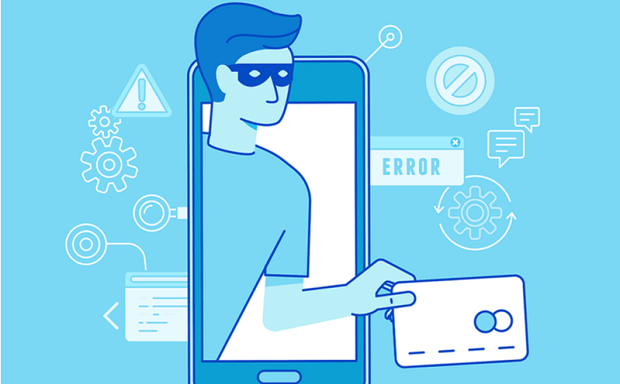 What is Synthetic Identity Theft

In the case of synthetic identity fraud, fraudsters utilize actual data to build a bogus identity. Because they don’t want to seem to be someone else, they put together a fake identity using stolen credentials. The fact that this is prevalent is surprising.

In 2018, New York was the scene of one of the most well-known cases of synthetic identity theft. Loans were taken out by a gang of 13 thieves, who managed to grab more than $1 million. This isn’t your typical identity theft since none of the people they alleged to have ever lived.

This organization used genuine information to establish 20 phony identities. They began by stealing the Social Security numbers of those with no credit history. As the last step, they combined these numbers with real people’s names and dates of birth so that it seemed to be a true record.

Synthetic instances of identity theft aren’t all that complicated, but they always follow a similar operation pattern. A phony name and birthdate, but a valid Social Security number and address, can be used by criminals in certain instances.

They’ll take out loans, credit cards, or swindle government assistance programs to find a job lacking legal residency. If you’re interested in finding out what can help you prevent contactless bank card theft, read this!

False identities, as opposed to those based on a victim’s real name, are less likely to be detected as fraudulent activity. They seem legitimate by combining several characteristics, but because they’re bogus, you cannot compare them to past financial status to recognize them as fraud.

Some Eye-Catching Statistics Regarding Synthetic ID

Research conducted by Keypoint Intelligence on behalf of Konica Minolta found that small and medium-sized organizations rated data security as the most difficult aspect of their interaction with information technology.

Synthetic identity fraud has risen with this trend, and it is anticipated that financial institutions in the United States will suffer losses of $20 billion in 2020 alone.

The Federal Reserve said in 2019 that synthetic fraud was the form of fraud that was expanding at the quickest rate in the United States. These offences were responsible for twenty percent of all credit losses in 2016, which cost the country six billion dollars.

Only in 2017, one million youngsters had their identities stolen by fraudsters using synthetic identities. Because they have no credit history, children are a typical target. In 2017, a shockingly high 39 percent of children under 18 were victims of fraud, in contrast to only 19 percent of adults.

Some Differences Between Traditional ID Fraud Vs. Synthetic ID Fraud

In the old-fashioned sense, identity theft occurs in the present. An account takeover is used to send out phishing emails, which is an example of direct identity theft.

They aim to remain undetected for as long as possible so that they may open a new account and make long-term use of it. This highlights an essential problem in combating this kind of fraud.

Patience, calculation, and sophistication are the hallmarks of the crooks that use these methods. They have a habit of being well-organized, which we may take advantage of. According to Henfield Storage, identity theft has become so prevalent that it now affects approximately one in 20 Americans every year. You can find out what identity theft means for businesses here!

How Does Synthetic Identity Theft Work?

Before an attack, there is not a great deal of evidence that can be used to identify an identity theft scenario correctly. Just after the event, however, shopkeepers can readily identify one.

It’s just a way of figuring out which technique was utilized after the smoke clears and the scammer has fled from the account in the issue.

Synthetic identity fraud can have divided into two broad categories:

Using a genuine person’s identity reduces the risk of detection. Therefore, this sort of fraud is common. Fraudsters who make restricted SSN alterations use an SSN to mask a credit history and get access to credit.

They can be more easily identified since they are frequently linked to the genuine identity they are trying to ‘steal’ in this form of fraud. Due to the increased risk of rejection, it’s more likely to fail.

Data from many sources are used to create a “Frankenstein” identity, which is often dubbed a “Frankenstein” identity (PII). The SSN of one person, the address of another, and the account details of a third user may all be used to create a counterfeit identity with verifiable data points.
An updated version of this kind of scam. The only verifiable data point, in this case, is a randomized Social Security Number (SSN). When a fraudster creates a PII profile from scratch, that data is completely in their hands. As a result, it’s impossible to tell a fake consumer from a genuine one.

By putting the following precautions into practice at your organization, you will be able to contribute to synthetic identity fraud prevention, its bottom line, and its customer base.

Your platform can recognize anomalous activity on the part of clients thanks to certain algorithms. The user may be required to complete additional security checks before the transaction can be completed if suspicious purchases, geographic regions, malware risks, or unfamiliar devices are identified by machine learning.

Your security can significantly improve by using multi-factor authentication for your consumer log-in processes. You may prevent prospective criminals from accessing their accounts by requiring consumers to input a code sent to them through email or SMS in addition to their username, phone number, and password.

When you onboard new customers, reducing the risk of their accounts being compromised by unauthorized access by third parties by adopting biometrics like face recognition, fingerprint scanning, or iris scanning may help.

The Type of Data That Is Compromised When Synthetic Identity Theft Happens?

Theft of identity and fraudulent activity can go hand in hand. Criminals will resort to whatever means necessary to get data that might assist them in creating false profiles. This involves committing thefts.

Signs You’ve Been a Victim of Synthetic Identity Theft

A sudden reduction in your credit score or being refused credit, although having a strong credit history, are warning flags that your identity has been compromised.

Maybe you’re receiving calls from debt collectors, or your bank account doesn’t appear right–there are unknown or unapproved transactions. Your tax return may not be accepted if another person has previously submitted one in your name.

Here are a few other things to keep an eye out for.

To produce fake identification cards, criminals may now use various tools. Static ID checks fraud rules can’t be left running on autopilot for targeted organizations. There are some tools such as BIN Checker that aim to provide safety against online frauds!

You may save money and time by not relying on extensive manual reviews for identity verification. Thanks to advanced risk technology, your company’s objectives will only be met by allowing in just those