An experienced strategic communications professional, Ottawa’s Nick Gamache has spent more than 15 years in the Canadian media, with an emphasis on covering politics in the nation’s capital. He has spent the majority of his career as a journalist and producer, writing and reading for broadcasts as well as writing and editing online content. Notably, Gamache spent much of his career with CBC/Radio Canada, where he served as a reporter, writer/editor, producer and eventually senior producer for CBC Radio’s political program The House.

In 2015, Nick Gamache played a key role in the planning of the Canadian federal election coverage, overseeing the creation of new digital-first infographics and a podcast focused on helping voters understand how polling works, the Pollcast.

Most recently, Nick Gamache took on a new role as Senior Advisor of Media Relations and Issues Management at Elections Canada, where he provides strategic guidance on media and communications initiatives to senior directors. As a senior advisor, he identifies internal and external issues as well as develops strategies to effectively communicate Elections Canada’s key messages. 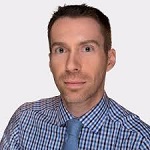 Q: First off, as a journalist, what drew you to political reporting? Is this area of journalism something you originally intended to be in?

Nick Gamache: I always thought that it was important to be informed in order to make good decisions. Political and policy debates can quickly get complex and heated, and I approached the challenge of making sense of it all for the audience very seriously.

I was a teenager during the 1995 referendum and one of the lessons I took away from that intense political period in our country’s history is that it’s critical that we understand each other when we debate even the most intense of topics. I grew up in Quebec speaking French, but after 1995, I decided to learn English and work in English. That was my way of doing my little part to try to make sure we all understood each other… even if we sometimes disagreed.

Q: Can you tell us a little about your role with Elections Canada and how your time with CBC prepared you for it?

Nick Gamache: The ability to consider a situation or an issue from multiple angles, even unexpected ones. I learned to work quickly and under constant pressure.

Q: How are you using your experience during the last election in your current role with Elections Canada?

Q: As the next election approaches, how do you see the coverage playing out given the political climate?

Nick Gamache: Political coverage is challenging. There are fewer resources available and there’s certainly a sense that the political environment is more polarized.

With the evolving role of social media and the potential for political interference that we’ve seen in other countries, this is certainly a new kind of electoral environment that everyone has to navigate. It will certainly be a busy few months for a lot of people, including my colleagues at Elections Canada.

Q: You worked in the industry during a time of major transition, from print and broadcast to social, digital and multi-platform news; how do you see the industry evolving in the next election and in others to come?

Nick Gamache: The media landscape is not done changing, I don’t think. Everyone is trying to find new models that work. There are a lot of talented journalists out there, and there are more ways to tell stories than ever before with podcasts, digital videos, and others… But finding ways to make journalism sustainable has been a challenge. The industry has been going through a lot of changes and I doubt things are done changing.

Q: What advice would you give to budding journalists entering the fray now?

Nick Gamache: Practice, practice, practice. I would have said before to go to a small newsroom and start there. It’s harder now because there are fewer of those newsrooms. But the important thing is to do what you like as often as possible, find platforms for yourself to practice your craft and give yourself a chance to find your voice as a journalist.