Below is an interview with former Vancouver immigration lawyer, mother and philanthropist, Katrina Sriranpong. 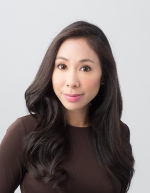 Q: Could you provide our readers with a brief introduction to your career as an immigration lawyer?

A: While working as a lawyer in Vancouver, British Columbia, I specialized in Canadian immigration law. My work involved immigration litigation at the tribunal level and also judicial reviews at the Federal Court of Canada. I represented both corporate and individual clients in a variety of matters under the Immigration and Refugee Protection Act and ancillary legislation such as the North American Free Trade Agreement (NAFTA). In my previous role as an immigration lawyer in Calgary, I advised corporate clients regarding immigration options for hiring foreign skilled workers, specifically in the oil and gas industry. I formulated immigration strategies for employees of multinational corporations and prepared applications to overcome any inadmissibility issues.

I have extensive experience in Canadian immigration law. However, my passion is helping refugees flee conflict-stricken regions or persecution. And, as a former lawyer, I intend to continue my role in assisting refugees immigrate and settle in Canada on a pro bono basis. Immigration is based, not only on law, but also on policy, which is constantly evolving and changing. As my parents are both immigrants from Thailand, I understand the difficulty in navigating such a complex and foreign system.

Q: What was the most challenging aspect of your career as an immigration lawyer?

A: As I was the only Thai speaking Canadian immigration lawyer in Vancouver, British Columbia, I was extremely busy and in high demand. Also, I had a major weakness in that I could not say “no” to a client. I was empathetic towards their concerns and wanted to support them using my knowledge. How can you say “no” to a father who cannot bring his 6 year old son into Canada because the Canadian government deemed the boy to be severely autistic and, therefore, a “burden” to Canadian social/medical services? How could you refuse to help refugee claimants knowing they would be killed or tortured if they were returned to their home country? And, how can you simply say “no” to someone that is in Canada without legal status since they were trafficked into Canada by human smugglers who financially exploited them? I think many immigration lawyers feel the pressure of being responsible for someone’s life and safety.

The emotional stakes are high in this line of work and the boundary between work and private life is almost non-existent. My private life revolved around the deadlines imposed by immigration or the courts and there were many years where I worked 12 hour days and on weekends. In a law firm setting, it’s quite common to hear of lawyers bragging about working 20 hour days or “pulling all-nighters,” as if it was something to be proud about. It’s not surprising that 52% of female lawyers leave the profession to pursue other employment. I think the struggle to obtain work-life balance affects women differently than men. Statistics show that women are more likely to leave the legal profession when they start building a family and, of course, they want to spend more time with their young children. The exodus of female lawyers from the legal profession is due to the fact that women still carry a heavier load of childcare and domestic duties compared to their husbands. Also, women are less likely to identify themselves based on their title or career.

Since I was a legal entrepreneur and self-employed as a lawyer, I never truly had “maternity leave.” I remember responding to client emails while at the hospital waiting to give birth to my first son. Every case is urgent to a client and the fact that you are away from your office does not mean that the deadlines stop ticking.

I think advancements in technology have obviously played a significant role in blurring the boundary between work and private life because your smart phone is basically your office. Lawyers, as well as many other professions, are mobile workers where we can fulfill our responsibilities to our clients as long as we have a reliable internet connection. This erosion between work and private life has major disadvantages. It’s not surprising that the legal profession has a high percentage of burnout, mental illness and also substance abuse. 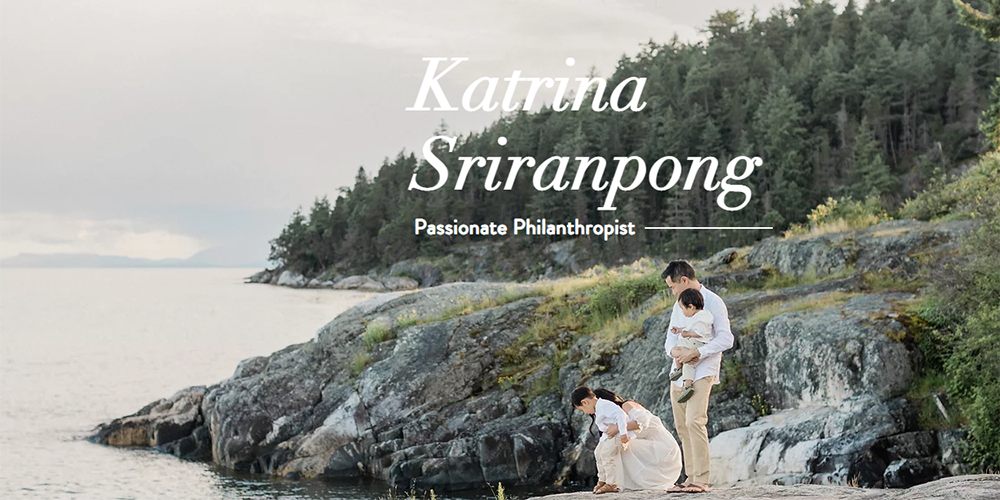 Recommended: DTO Aims To Introduce The Concept Of Cell Phone Numbers In The Metaverse

Q: You have been actively supporting a number of charitable causes. What areas do you feel most passionate about?

A: Before I became a lawyer, I worked with the International Centre for Criminal Law Reform and Criminal Justice Policy, a United Nations Crime Prevention and Criminal Justice Programme Network Institute. While working there, I researched the conflict in Rwanda between the Hutu and Tutsis, which resulted in the horrific genocide of approximately 800,000 innocent people. Children were especially targeted during the genocide and I felt the international community had failed the people of Rwanda. I also researched corruption in foreign criminal justice systems and focused on the implementation of UN norms and standards in promoting the rule of law, human rights and good governance. This was when my passion for global humanitarian work solidified as I wanted to do everything possible to assist immigrants, refugees, and vulnerable groups who were subject to persecution, especially children.

War Child is one of the organizations that I support and am very passionate about. War Child aims to assist vulnerable children living in horrific conditions. Children are sometimes recruited and used by armed groups to commit heinous acts. War Child has advocated for children and families in war-torn areas around the world and aims to find long-term solutions caused by conflict. War Child has implemented numerous programs in partnership with other agencies such as the United Nations and local government to deliver the highest quality programs. For instance, War Child has provided access to education in safe spaces, assist children in “catch-up” learning if they have been forced to leave school for a prolonged period of time, legal representation to children and women who have survived violence and abuse as well as providing families with farming tools to survive such as seeds and new farming techniques.

Q: In what way has technology played a role, positive or negative, in the causes you support?

A: I think the collaboration between technology and humanitarian efforts have been significantly positive. Although technology cannot prevent wars or the massive displacement of people, it can provide assistance to those fleeing conflict in their home country or persecution.

For instance, education is a basic human right that is enshrined in the Convention on the Rights of the Child and the Refugee Convention. However, access to education for refugees is severely limited. There are approximately 20 million refugees under the care of the United Nations High Commissioner for Refugees (UNHCR) and roughly 8 million are refugee children of school age. Almost half of them are unable to attend school. Technological support has been implemented to help the process of educating refugees at the refugee camp in Jordan and Kenya. Several colleges such as the University of Geneva and Princeton University are providing online higher education to both children and adults. Also, in Ghana, education has been provided to children living in refugee camps through the use of the world’s first satellite-equipped, live two-way interactive, distance learning program. Of course, I think initiatives aimed at providing uninterrupted education for children and adults in conflict-stricken regions will have positive social and economic impacts.

Technology has also been used to improve medical services at refugee camps which are known to be a catalyst for the spread of infectious diseases. Diagnostic platforms are being implemented which provide consistency in prescriptions and medical treatment. One success story is in Lebanon where Syrian women in a refugee camp have the technology to communicate with doctors and receive their health information online.

Another interesting example of how technology is currently being used to help refugees is the development of an artificial intelligence (AI) to place refugees in locations where they would most likely find successful employment. The AI, called Annie Moore (which is named after the first immigrant in New York’s Ellis Island), was created by researchers at the University of Oxford in partnership with several other universities. Annie Moore is currently only being used in the USA, but there are hopes that it can be used in other countries as well in the future to ensure each refugee has the best chance for success and financial independence.

Advancements in technology have also had some negative and unanticipated consequences. For instance, it increases “digital litter,” which are broken links or outdated websites that contain outdated information. Refugees may be misguided by outdated or false information, which can result in families, including young children, embarking on a very dangerous journey to a new country with all the wrong information. This obviously could have dire consequences.

Further, collection of sensitive information onto a digital platform also allows for the information to be misused for discriminatory purposes. For example, in Bangladesh, the creation of a digital database for Rohingya refugees caused further discrimination and persecution.

Advancements in technology have not just benefited humanitarian causes but have also aided in animal conservation. For example, space technology has been utilized for the purpose of orangutan conservation. A team of astrophysicists and conservationists conducted a project where drones were equipped with thermal imaging cameras normally used by astronomers to find stars. The drones are able to detect heat signatures in the densely populated forests of Borneo and allow researchers to keep track of the orangutans. All orangutan species are endangered so monitoring their numbers is extremely critical. Animals can even be distinguished based on their heat signatures. Conservation drones are inexpensive, unmanned and operator friendly. This is amazing as it gives us the potential to fight for the survival of other endangered species and stop poaching even before it happens.