Below is our recent interview with Misha Nossik, Co-founder and CEO at Haystack Magic:

Q: Could you provide our readers with a brief introduction to Haystack Magic?

A: Haystack Magic is a Canadian technology startup with R&D in Israel, pursuing an ambitious mission to organize the World’s physical assets and make information about them universally accessible and useful. In order to fulfill its mission, Haystack Magic is implementing and marketing a solution for enterprise physical asset tracking based on mobile phones and the ubiquitous availability of Bluetooth.

Q: How did you get the idea for Haystack Magic?

A: As any parent of school-aged children knows, finding things around the house to get ready for school, sports or vacation is a source of unrelenting stress. Ever since Bluetooth Low Energy (BLE) trackers showed up a decade ago, I thought the idea was good but the limitations and cost of a proprietary hardware just did not work for dozens of items that needed to be tracked, especially indoors. But once open standard specifications for BLE beacons were published, first by Apple and then by Google, and the manufacturers lined up to produce low-cost commodity devices, the light bulb went on in the co-founders’ heads. An unrestricted solution that scales from a single person to a smart workplace, smart building, smart enterprise, smart city and beyond suddenly seemed within reach! So, we rolled up our sleeves and founded Haystack Magic. 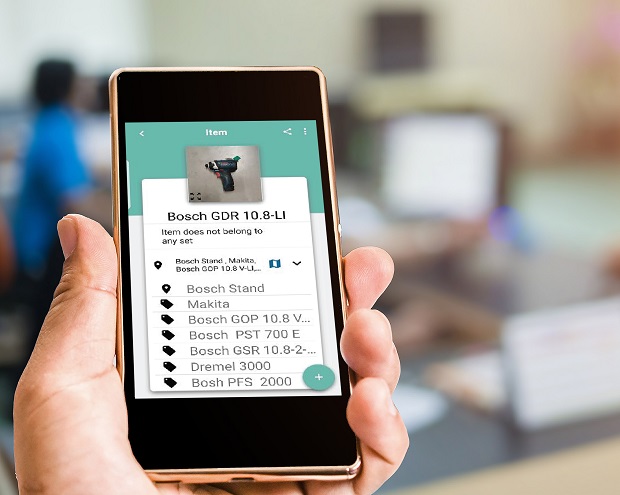 Q: How exactly does your app work? Is it precise enough?

A: The solution is based on a few non-obvious premises. First is that when looking for something, people use associative memory. Associative memory is defined as “the ability to learn and remember the relationship between unrelated items”. Second is that a precise geographic or other coordinate of the item, while very useful to a machine, is not so useful for a human, especially in the absence of a map. And third is that more often than not, people looking for things do not want to or cannot use hands and eyes to enter the query and read the response off a screen, but would rather use their speech and hearing to say it and listen to a response. And I am not only talking about visually impaired. Think of a worker with soiled hands, busy with work or working in the cold outside. Digital assistants are becoming so popular for a good reason, and our approach fits right into it.

Haystack Magic uses crowd-scanning of assets tagged with small and inexpensive standard commodity BLE beacons. Mobile software installed on the phones of all people interacting with physical assets silently harvests the signals from all the surrounding assets and sends the data to a cloud-based platform. The platform analyzes the data using proprietary algorithms to build a representation of the assets, where each asset is associated with other assets nearby. So, when someone asks – where is X, the response comes in the form of a list of names of other assets in its vicinity. For example, if you ask “Where is the drill?”, the answer may be “The drill is near the lathe, a pallet of parts, and the forklift!” At that moment the associative memory does an excellent job of picking up one of the items from the list, vividly reconstructing the picture and circumstances where the asset or its neighbours were last seen.

And the beauty of it is that a human does not need more precision than that, as the associative memory fills in the details.

Q: That’s great, but why would people agree to install the Haystack Magic software on their phones?

A: Excellent question! One has to realize that people always have a variety of personas in different circumstances. For example, an employee using enterprise equipment may also have individual tools, or some personal items, such as headphones, a multitool or a stethoscope. Passengers and crew on a ferry or a cruise ship need to know where safety equipment is, but also have personal effects, such as keys, wallets and cameras. In order to create an incentive for people to install the Haystack Magic app on their phones, they are offered a few beacons to attach to their individual assets so they can track them on the enterprise premises and beyond! Members at a co-working facility will get a personal beacon with their membership. Passengers on a cruise ship will get personal beacons as part of their loyalty program membership. And construction crews could get personal beacons with their contract. With this approach, we enable crowd-scanning of enterprise assets by people tracking their own stuff.

Q: Tell us more about the technology behind Haystack Magic. What protocol are you using? What’s the range?

A: The key technologies are:
-Patent-pending method of locating tagged assets by relative location
-Proprietary algorithm of finding relative locations
-BLE Beacons
Most BLE Beacons available on the market support one or two competing specifications – Apple’s iBeacon and Google’s Eddystone. Usually BLE trackers and beacons compete on the distance from which they can be ‘seen’ by a phone, the best reaching 100m or 300ft.

Because Haystack Magic relies on people’s phones to crowd-scan the assets, and because we target use cases where assets are used by people with phones, we can use the weakest, slowest beacons out there, purchased at the lowest price and deployed in greatest quantities, tagging anything and everything. Sooner or later, someone with a phone will come close enough to scan every beacon and allow the algorithm do its magic. Haystack Magic. 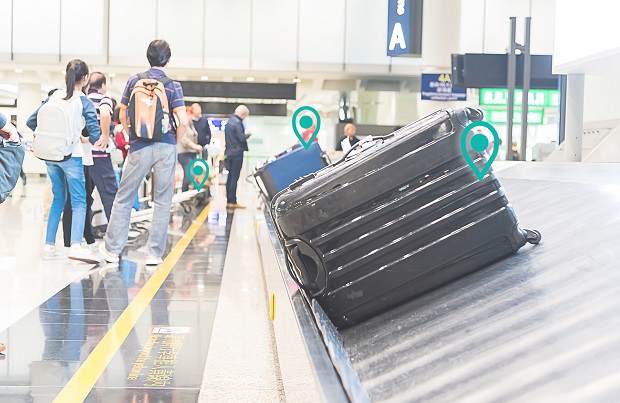 Q: What advice do you have for early entrepreneurs who hope to scale up as quickly and successfully as you have?

A: Well, we are not yet completely there to give out advice to others. But from my personal experience with three previous startups I was a co-founder and executive at, the two most important things to get right before all the capital is raised and spent is the target customer and go-to-market strategy. I am not trivializing the technology part, it obviously has to work. But I am yet to be involved in a project where the technology was the weakest link in the chain.

A: Our immediate plans call for continuing our trials with early customers, responding to their feedback and raising a seed round of funding to get the product to the market. Our long-term goal is to enable everybody to know where everything is.