Below is our recent interview with Adrienne Uthe, Chief Media Officer at Realm Pictures International: 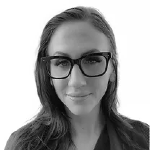 Q: Adrienne, can you tell us something more about your company??

Recommended: An Interview With Cosmin Panait, Co-Founder And Managing Partner At GenCap Management

A: Realm’s commitments extend to philanthropy. Blake asserts that the nation’s HBCUs are teeming with some of the most brilliant minds on Earth, and pledges to join the HBCUs’ crusade to build meaningful futures for hundreds of thousands of gifted students by financially endowing the HBCUs with 10% of Steal Away’s net profits from the movie’s theatrical release, a revenue-sharing structure that could deliver up to $75 million to support emerging talent.

Q: What can we expect from your company in next 6 months? What are your plans?

A: Now, Realm has launched a campaign to raise Steal Away’s $34.7 million production budget both via investment financing and corporate sponsorships. To achieve this, the for-profit company has partnered with 501(c)3 fiscal sponsor Fractured Atlas. According to forecasts by Nash Information Services, median gross revenues for Steal Away are projected to potentially reach $712 million across global theatrical, streaming, home video, television, and ancillary distribution platforms. Equity Investors are projected to receive a potential median ROI of 245%, with a potential high of 917%

Q: What is the best thing about your company that people might not know about?

A: “Realm believes that outstanding artists unable to procure a Hollywood agent should have the same opportunities as A-list artists,” says Stephen Ashley Blake, Realm’s founder and CEO. “Our production model disrupts Hollywood’s elitist practices by leveling the playing field.” The casting call for Steal Away immediately drew over 12,000 submissions for just 12 out of the movie’s 65 roles. Realm is currently holding auditions with both A-list artists and lesser known but outstanding actors.