Donato Sferra believes that good teams bring good ideas to life. The Toronto-based investor and business executive has more than fifteen years in financial services and investment banking and now is a managing partner and co-founder of Hillcrest Merchant Partners Inc., a merchant bank focused on early stage and mid market growth companies. Donato Sferra shared his views on what it takes to be a successful business leader both within and outside of investment banking.

Q: We often hear leaders say that being willing to take risks in business is important to success. How do you apply that idea to financial investment, which—on the surface at least—seems like it might be more averse to risk than other industries?

DONATO SFERRA: Not as different as you might think. We use money to make money, and while I do tend to think it’s easier to save money than to make money, there’s a certain level of risk in the investments we make, especially when we’re working in developing areas, like cannabis or blockchain.

The trick is to mitigate the risk with preparation. Know how much risk you are willing and able to handle—both in the level of risk and the discerning of it. That discernment grows with experience. And if you don’t get a rush from seeing what’s coming before anyone else does, and if you don’t get a little tingle down your spine when you are presented with a great idea that ticks all the boxes, then you probably don’t belong in investment banking. I’d say that’s a characteristic of lots of entrepreneurs. The greatest level of excitement is in all the first steps of launching something new. 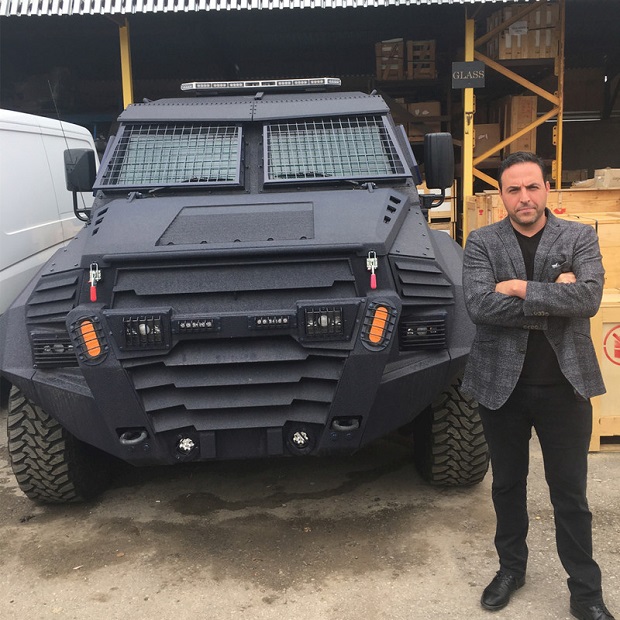 Q: Other than the willingness to take risks, what other characteristics do you think defines a successful leader?

DONATO SFERRA: Not being thrown by new environments, I think. You can’t have a lead ball in your stomach at the prospect of unexpected issues arising in your everyday schedule. Leadership means that people are going to come to you with problems, challenges and ideas, and they’re going to look to you for guidance. The end result of thinking on your feet means you’ll learn to trust yourself more, and you’ll find yourself pushing on the border of your own limits.

I think the early days of one’s career is the crucible, the place to build that ability, and it scales up as you get older. If you’re willing to shoulder responsibility prior to knowledge or experience, and not give up when you inevitably fall on your face, that’s important.

Q: We have all heard the phrase “that person is a born leader,” from time to time. A nature vs. nurture question for you: Do you think leaders are born or made?

DONATO SFERRA: Hard question. You were speaking of risk, and I read recently that extroverts tend to be more natural risk-takers than introverts. So, maybe the responsibilities of leaders come more naturally to some people, but then again, I know some very successful people who don’t fill that ebullient stereotype. They’re quiet and self-effacing.

From my own perspective, I worked very hard all my life and I think that in the end, my hard work trumped my intelligence or natural ability. So maybe it’s the “why” that’s different. Maybe you’re motivated to achieve that position for a different reason, other than that you like being in control or being in the limelight.

Q: Every leader needs a team. What attributes make up a great one?

DONATO SFERRA: In my case, a great team is made of people who have the same kind of work ethic that was forged in me while growing up in a blue-collar home. Take nothing for granted, know there’s no short-cuts. It’s great to have people who are specifically educated in all the areas of expertise you require, but it’s not always the case.

Many of us are educated in one thing and our own natural abilities and interests make us an expert in something else. I love idea generators: people who are curious and enthusiastic, People who are confident enough to lead but humble enough to contribute to other people’s projects. And most of all, they can sniff out a good idea or opportunity—they have accurate long-term vision, what we call “thinking macro.”