Startup TypeForm has one mission – make forms awesome. Their goal is to take advantage of today’s web technologies and touch devices by perfecting user experience and user interface of online forms. TypeForm has recently raised a €1.2 Million in new funding, led by London based VC Connect Ventures. Below is our interview with David Okuniev, CEO and Co-Founder of TypeForm: 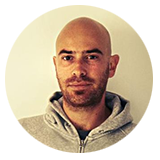 Q: Typeform offers a new way to ask questions, tell us your story and something more about it?

A: The whole project actually started 5 years ago, when myself and my co-founder Robert were sharing an office space. At the time we both ran our own design/dev studios working for a diverse range of clients. We were asked by one of our customers to design a form that would be displayed on a large iMac in a showroom for the Bathroom company “Roca”. The form would simply be collecting personal data about visitors.

The challenge was in designing a form that would entice visitors and get them to fill it in. That’s really how the original concept behind Typeform was born. By pure accident we were given the opportunity to work on a project that would have us thinking of wild new ways to approach form design. We could have never anticipated how far we would be taking it forward.

For two years following the initial idea, we continued to work on the project in our free time (adding limited resources from our own companies to the project) whilst still maintaining our clients. By the end of year 2 we had assembled a small permanent team that would build the Beta version of the product which we launched in Feb 2013 with good initial traction. It seemed the world was now ready for our forms.

By Feb 2014 we had launched the full product and had grown the team considerably. We are now 25 hard working designers, developers and marketeers giving our last drop of blood to make Typeform into a new standard.

Q: What’s the coolest use of Typeform you’ve seen?

A: We see allot of cool stuff on Typeform. The fact that our forms blur the lines between a form and a website means that users find really interesting ways to communicate and style their typeforms (we call our forms typeforms).

Here are a few wonderful examples:
– Character quiz based on Alice in Wonderland
– What would you say to your 18yr old self
– Xmas Llama creator

Related: Dalia Research – Next Generation Of Market And Mobile Research 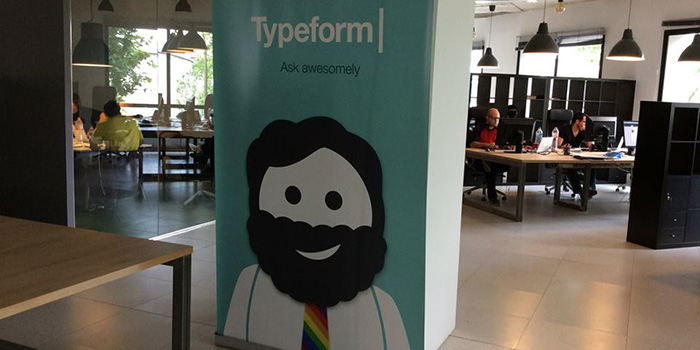 Q: How is the response to Typeform so far?

A: It’s been really good. Almost 50% of our growth can be directly correlated to users visiting our forms for the first time and then signing up to create their own. We’ve spent almost nothing on paid advertising, and have been riding on the wave of a great viral loop which has seen our user base grow to over 100k. Today we are collecting over 2.5million form responses a month (and it’s growing like wildfire).

Q: Who is “responsible” for design and user interface of Typeform?

A: I’m currently leading UX/UI design at Typeform. In fact the design team is very small at the moment, it’s really just me and Fernando Calvi a graphic designer and fellow ‘Bald Brother’. Robert my co-founder also chips in sometimes when he can although he’s not bald!

Q: What can we expect from your team in next six months?

A: Don’t want to say too much, but some of the next big features we are working on are, Typeform for Teams and the buildAPI. The buildAPI will be a game changer for us and will give us a world of possibilities in terms of where we want can steer the product. For developers the buildAPI will offer a world of possibilities for integrating Typeform into any workflow and take the heavy lifting out of building beautiful cross-device forms.