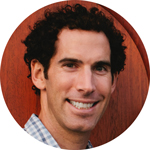 Written by: Collin Krawll, CEO and Co-Founder of AdPlugg.

In a recent survey, 36% of bloggers reported earning some sort of revenue from their blog. The survey also found that most often the money came from display ads. Another study found the mean annual income from advertisements at $42,548.

Advertisers spent $49.5 Billion in 2014 on online advertising according to the latest figures from the Internet Ad Bureau.

The big sites and big advertisers have teams of people that buy and sell online ad space but it’s reported that nearly 20% of the web is made up of small WordPress based sites. So how are online ad placements bought and sold on these sites?

Well, not very efficiently. Often times it involves email and manual invoicing with no easy system for updating ads, no reporting and typically few ways to maximize returns on either side.

AdPlugg was created to change all of that. AdPlugg’s free ad server makes it so that any site, regardless of size, can run a high powered ad server. The AdPlugg ad server can schedule ads, target ads, create ad tiers, serve ads in random or fixed order, etc. AdPlugg’s reporting allows publishers to provide advertisers with detailed reports showing the impressions, clicks and conversion rates of their ads. 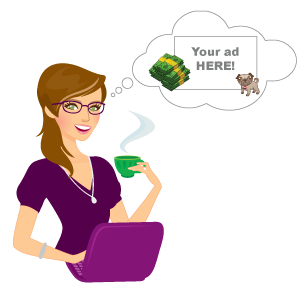 Before starting AdPlugg, as a web developer and entrepreneur, I’d worked on both sides, as an advertiser and as a publisher. On both sides, I’d been frustrated with the lack of tools available for smaller publishers and advertisers. Yet still, we’d had good results with online advertising. But the results hardly seemed like the best we could do. We needed better reporting, better billing, and better ad serving to make the system work to its potential. We also wanted to keep advertising as a means to an end and not the core of our business. For content based sites, we wanted to focus on our content and readership, while on sales related sites, we wanted to focus on our products and services. We found that we were spending too much time doing advertising tasks that could be effectively automated. For these reasons we created AdPlugg.

We wanted it to be super easy for publishers to get started, so we created a free WordPress plugin and set the system up to provide new users with instant access. It ended up being so simple to get started thatin just a little over a year,more than 1,500 publishers hadsigned up.

What’s up next? AdPlugg is going to be taking the whole process to the next level through advertiser accounts, automated billing, bi-partisan ad management and an ad exchange.