Guardingo team found a smart way to use the WiFi you have at home as home security system by analyzing the radio waves. All you need is a wireless router and two smartphones and you will be able to monitor intrusions back home anywhere and anytime. Our interview below is with Mauro Pelosi Co-founder and COO of Ekin Labs – makers of Guardingo.

A: Guardingo is a software app that transforms the WiFi that is already in your house in a security system thanks to patent pending technology. It is the first home security system that does not require the purchase and installation of sensors and that is already at home. After installing the guardingo app in an android device such a smartphone or a tablet that you can leave home, you will be able to monitor intrusions back home anywhere and anytime. Guardingo has a huge potential, because the WiFi is nearly already in every home and 2014 is the year of home automation and the internet of things, with a plurality of WiFi devices that are already able to support the guardingo paradigm shift. Guardingo is the greatest idea since WiFi. 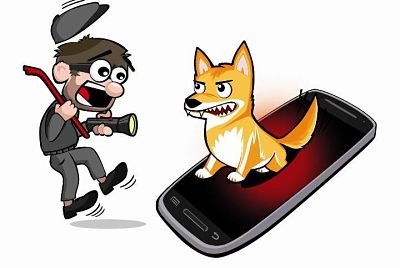 Q: How would you present the team behind Guardingo?

A: Guardingo has a great team consisting of three co-founders and five collaborators. The founding team has a huge experience in both applied research and management with the help of the other team members’ in go-to-market strategies, software development and marketing and sales. As always, our epiphany came from analyzing unexpected results during a measurement campaign at university. The team can’t wait for presenting Guardingo to the world, as afterwards nobody will look to WiFi the same way again, disrupting the home security market for good.

Q: How are you funded?

A: Guardingo has been possible thanks to a technology transfer from the Finnish Tampere University of Technology. Guardingo has secured his first seed round thanks to an angel investment syndication in October 2013. We are backed by the VIGO acceleration program and we have already received more than 200.000 euros among public and private funding.

Q: What are your plans for the next three months?

A: At the moment we are finalizing our minimum viable product and soon we will launch the earliest version of the Guardingo android app for beta testing. We are seeking further funding for business scaling and we plan to enter the US market by this summer. We are also building strategic partnerships with respect to the big players in the business-to-business market segment, planning to integrate Guardingo directly in off-the-shelf WiFi devices.