Below is our recent interview with Amar Flora, the Founder & CEO of iCommunis: 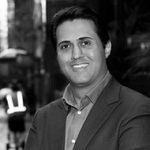 Q: Could you provide our readers with a brief introduction to iCommunis?

A: iCommunis is a two-sided mobile platform to enable and improve community engagement across infrastructure projects. These projects can be large such as a major highway spanning across a number of communities and councils/ cities; or small such a locally proposed club-house. As a GovTech startup, iCommunis aims to help decision-makers use the ‘infrastructure’ dedicated platform in order to solicit new project ideas from communities, or to obtain feedback from the communities regarding a proposed project or a project already underway, all in real-time and unfiltered. iCommunis is FREE to register and use by all parties (people and organizations), and no payment details are required. The user can also share their comments, ideas, feedback through iCommunis to Facebook and Twitter.

Each project can be loaded individually by infrastructure category; pictures added and updated; location added; brief project description added; and the users can make comments on that project.

Q: Amar, tell us something more about your background. How did you start iCommunis?

A: Since 2014 to 2018, I was involved in executive education in major projects, including consulting; and we focused on infrastructure, energy and technology projects. Our clients included corporate directors, c-levels, government and city officials, community taskforces, think-tanks, and fellow academic institutions. We also provided customized education for many of the best project leaders from various industries who were hand-picked and sent to our 8-month program. Additionally, we also partnered with international governments and consulting firms tasked with infrastructure-related project leadership. Our clients were from include Australia, USA, Canada, Europe, Saudi Arabia, Singapore, and China. From these highly-accomplished leaders, I learnt the various challenges they face in order to design and deliver their next projects. The inherent tensions they face when discussing projects with their stakeholders, everybody naturally had their point of view. Governments, cities officials and communities, despite their best intentions, always complained of lack of consultation; whereas private interests such as developers worry that there commercial objectives will be negatively impacted if they engage with communities to much. I felt that although all parties want to do the right thing, for their term in office (whether executive or governments), they also want to rush to be showing to build something just so they get their recognition. Communities felt that they are just shown sugar-coated business plans and project investment proposals, but they are not consulted in the design phase or often treated as second-class residents who do not know what they are talking about. 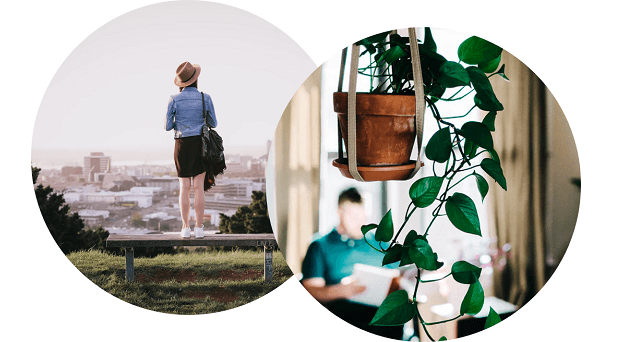 An actual example – once a major city CEO told me that engaging community too much will lead to an increase in complaints and perhaps also protests. I asked the CEO whether they explain their infrastructure project proposal properly in the first place and within 200 words, get their people’s buy-in and feedback? Reply was they undertake tasks such as townhalls, surveys, email campaigns and so on, however majority of the people don’t seem to care, until after the project start. Once the project starts, they look at the inconvenience being caused to them, and then ‘all hell breaks loose’. CEO’s job becomes harder; this persons approach was ‘do the deed and then ask for forgiveness’. I wasn’t surprised that I found the same approach by many others in this position. So I visualized at the time, what if project ideas were sourced from people into an independent platform and presented to cities and governments. The latter can then narrow down and engage with its people on these ideas, explain to the people what can be built and what cannot, what may the complications in the short term, where will the funding come from. I simply stated that by doing this alone, you have potentially engaged champions from your cities who will then use iCommunis to spread the word and get more people involved in proposing ideas or giving feedback. With this data, you have now fast tracked the decision to design and develop something your people want. And vice-versa, people understand what they will get and the short term disturbance they may have to live with. You have also saved yourself significant cost and project delays by ensuring that the community is fully informed and buy in to the cities vision of the project; after all it is now also their vision. I also asked many communities on why they fail to engage with their elected officials properly when it comes to infrastructure projects. A common response was we add our feedback on Facebook, however no one seems to be acting on it, and sometimes we provide our responses to the campaigns or at townhalls, however it seems to fall on deaf ears. They felt that the data they provided was always segregated and manipulated until the cities and governments got what they wanted to hear.

For these reasons above, I researched and started building iCommunis in 2018. I launched the actual platform in January 2019. I am now in the process of raising awareness and growing users.

Q: Can you provide some real world use-case scenarios of your platform?

A: 1. As a resident of Newport Beach in California, I noticed a lack of outdoor fitness stations. These are very common in many other countries where sun, ocean, and greenery is in abundance. Using my smart phone, I googled a picture of an outdoor fitness station, created a new project in iCommunis (titled Outdoor Fitness Station), marked the location, added the pics, added a brief description of the project case, and shared it with my local city department and my network. I shared this through iCommunis and through the built in links to Facebook and Twitter. My aim is to have people endorse my idea or provide comments or other suggestions; and all in the meantime the city department is looking at the data flowing in, hence learning about new ideas which people are talking about. This gives them the impetus to act and bring it up with the people at their next community outreach, get people’s endorsement and build it.

2. iCommunis currently has over 100 projects on it from various parts of the world. One such project is currently underway – a street beautification program in Glendale LA. Based on the comments we receive about this project on iCommunis page, it is apparent that residents weren’t fully consulted about the project.

3. A large government infrastructure agency recently told me that will be using iCommunis platform to conduct their next external outreach program whereby they ask the people they serve (over a million in the community) about new projects they are proposing, and would also like people to provide new ideas. At the same time, they will also use iCommunis to keep in touch with individuals who are reporting issues of the platform for all current infrastructure projects underway. They felt that an independent mobile-enabled platform will improve the engagement, and the fact that iCommunis works simplistically, relates to majority of the people.

4. Imagine you are a professional working in infrastructure space or simply a person interested in the space. You are based in Los Angeles. You can type the name of your city in the Dashboard of iCommunis, or any other city across the world (let’s say Sydney, Australia). You will be able to see what Sydney is doing, you can apply filters by infrastructure category, make connections with the lead party. It will foster global engagement and you will be able to learn from others as much as they learn from you.

5. Live updates for any project in case you are in the area (geo-positioning) – you are a registered user of iCommunis visiting Los Angeles from Canada. You will receive updates on your device about projects currently underway in Los Angeles to allow you to better plan your sight-seeing. Vice versa, this feature can also be used by cities to promote events around the city and boost tourism.

Q: Why is now the time for a technology solution like iCommunis?

A: Every project, no matter what its long term benefits may be, involve short-term opposition and compromise by people directly or indirectly impacted. During my proof-of-concept phase, I spoke to 100s of city and government officials, developers, infrastructure specialist, news media, and communities. I wanted to understand their current process for engaging people and the reasons why so many projects end-up with delays or do not deliver the value it is expected to. Furthermore, majority of the projects also end up in the media for negative reasons. From a government and city perspective, majority of them spend time and effort trying to source information from their residents by category. For example, a few cities advised me that they have to filter through all current social media channels to look for information on infrastructure, and it will be nice to have something dedicated to their biggest spending line. Many communities and individuals expressed their frustrations on a lack of engagement with them until it is too late. They felt that engagement is often lip-service so they don’t bother ‘showing up’. They have been to display boards and city meetings to assess a new project being proposed, and get a demonstrations using fancy technologies about what a completed project (let’s say a building will look like through AR or VR). All they want is a back-to-basics, easy to use mobile platform which actually asks them what they want for their cities in the first place, or obtain their ideas, or feedback. They want to ensure that their cities build the ‘right’ project, not the wrong project ‘right’. So far, I have only discussed iCommunis as a solution on a smaller scale. Majority of the nation’s pollution is aware about the trillions of dollars on infrastructure backlog, and this doesn’t include new projects; and at a global level, it is estimated that over $10 trillion is needed to develop infrastructure in order to sustain a fast growing population. Starting at the local level, and then expanding globally, iCommunis wants to be the collective voice of people and decision-makers to work together and create new infrastructure in a meaningful way.

A: Our aim is to make iCommunis a leading and trusted platform for all government and city clients, hence mandating the use of the platform for their residents; and also integrate it with their back-office operations so they are able to customize analytics suitable for them. Additionally, the government and city clients will also gain a trusted and independent source of truth, free of any political or vested interests. This may lead us to become a community engagement and consultation firm on behalf of governments and cities solely dedicated to improving infrastructure needs. As the users grow, I also aim to showcase and promote small-businesses across the nation which specialize in infrastructure project management. We also plan to add dedicated news features and thought-leadership excerpts to ensure that iCommunis users are educated and informed on various infrastructure related matters and policies, and hence make informed comments. An example is having experts in the area of urban planning, regularly posting in 200 words what is waste-water management, or what is desalination, or why did a business case for a street upgrade get approved and what are its long term benefits coupled with short term compromises.