Below is our recent interview with Rene Pardo, inventor, patent expert and CEO at Brainwave Corporation: 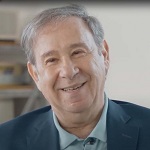 Q: Before we dive into patents, can you tell us a little more about Brainwave Research Corp.?

A: Certainly! Brainwave Research Corp. is responsible for developing and patenting an incredibly disruptive technology we believe will save thousands of lives and billions of dollars in property damage, simply by eliminating the danger of electrical fires for good. As of now, we are the only company in the world that has solved how to correctly detect electrical arcs in real-time. It really is game-changing.

Q: You are the inventor of LANPAR, the world’s first electronic spreadsheet. Can you expand on why that was so groundbreaking?

A: Invented in 1969, 10 years before Visicalc and 14 years before Lotus, the world’s first electronic spreadsheet was used by every telephone company in North America throughout the early 1970s. Called LANPAR, for LANDAU PARDO AND LANGUAGE FOR PROGRAMMING ARRAYS AT RANDOM it incorporated the cornerstone feature of Forward Referencing, a requirement for any spreadsheet to be seriously commercially viable. Forward Referencing did not re-appear until Lotus 123 in 1983.

Q: Why did you choose patents? What is it about patents and inventors that led you to this field?

A: Patents are one of my favorite topics. I have helped many people for free, just because I love the topic and inventors. I love creative people. Often, they don’t really know or have difficulty expressing what they have invented, and therefore they don’t know how to patent their innovation. When discussing creativity, I mentioned the brilliant patent lawyer Charley Curphey, who we consulted with in 1969 to figure out how to patent the spreadsheet.

Q: What came out of that discussion?

A: We concluded after two weeks of brainstorming that it was the forward referencing that was truly novel and required if one wanted to have a proper spreadsheet. The interrelationships of the cells – the fact that cells refer to the results of other cells presented further in the spreadsheet.

Accordingly, instructions were not being executed in sequence. Rather, they were re-sequenced. The compiler decided what computations to execute, and in what order. It took two weeks to come to that realization in terms of patent claims to draft.

Q: When it comes to assessing an invention and the need for patents, where do you typically start?

We’ll come back to the topic of betweenness being universal, applicable in so many fields. The notion of rhythm will come up again; by looking at the relationship between things, it was forward referencing that was truly novel. Reference: www.4mytreasure.com

I also discovered how to find out what an inventor has really innovated, the core invention.

Until asked the right questions, all too often most inventors don’t really know what they invented that is really different from what already exists in the field.

Q: What insight or piece of advice would you offer an inventor looking to patent their creation?

So, the art of figuring out what to patent is to figure out what cannot be circumvented; and to do that it helps to look at the relationship between items.

The relationship between the needle and the sewing machine is the hole in the needle, the betweenness.

Q: What is your process when working with an inventor?

A: When helping inventors, I look at the relationships – it helps establish where the novelty lies.
In a half-hour discussion, I ask two questions to help the inventor understand what they really
invented:

First, “Would you be upset if …”
I look at the patent claims that have been drafted by the patent attorney to see what would happen if one step in the process was eliminated from the claim; The claim may have two, three, or more steps, items –

I ask the inventor “Would you be upset if step three was not included; If someone just did steps one and two would it upset you?”

The inventor typically will reply, “No because that’s already in the field” or “Yes, of course, I would be upset because they’re still using my invention.” The question “Would you be upset if” helps get to the core of the invention.

The inventor knows what they have invented, but has difficulty verbalizing it, or, they haven’t figured out how to present it in the patent claim.

Very often, patent attorneys draft specific patent claims because it makes them and the client happy to see a patent issued. But I feel that 95% of the patents are not practical if they don’t protect the inventors, by being easy to circumvent the patent claims, changing a few things; e.g. eliminating a step to do the same function slightly differently. So patenting “the hole in the needle” wasn’t achieved.

Q: What happens next?

A: Second, I ask an inventor when patent claims have already been drafted, “What if I gave you a $10 million R&D budget and a $1 million bonus, can you get around the patent claims?”

Either the following happens within 10 minutes or the next morning: the inventor says “Of course, I would do this instead”. Well, that means that the claims can be significantly redrafted and improved. Typically, the inventor knows how to circumvent his own patent that’s been drafted; but they don’t realize it until motivated to re-read the claims in the context of circumventing it themselves.

It doesn’t matter what the field is, those 2 simple questions can help you figure out the significant novelty that you actually did innovate: “Would you be upset if …?” , and “How would you as the inventor circumvent your own drafted patent claims?”

Q: Why patent anything as a start-up company?

A: There’s often a debate with start-up companies as to the value of patents. They are costly and why bother? The fact is that if you don’t have a patent, and if you want to license your technology, why should anyone pay you 2-10% royalty if someone else can just copy your technology and not pay anything. Also, investors often want to know how proprietary your technology is, what the product is and how easy it is to duplicate.

Again, the problem with patents is that so many can be circumvented if the claims have not been properly drafted. As we’ve discussed, drafting patent claims is an art and skill. The argument against patents is that important patent battles cost millions and can take 5-7 years.

However, there are law firms that will take lawsuits on contingency and organizations that will fund the out-of-pocket related expenses. As well, in your license agreement, the licensee may be strong in the industry and can defend the patent.

Just because you have a patent does not mean you will win! I’ve concluded that one can be right, yet lose; and wrong, yet win. It depends on the lawyers and the judge.

Q: Can you share an anecdote or experience that illustrates the challenges of this process?

A: As you know, my friend and I co-invented the electronic spreadsheet, patenting Forward Referencing.

We sued Lotus in 1989 for retroactive patent infringement to 1982. It took us 10 years of extensions and appeals from 1972 until we overturned the USPO and received the 1st software patent. It was a $300 – 500 million dollars lawsuit.

There is an excellent book called “Noise”. One topic discussed is the decision-making of judges as one of the small items in one of the chapters. In our case, in her decision, the judge had to decide who to believe: the inventors or the patent attorney we had fired in 1971 but who testified against us on behalf of Lotus, saying we fooled the patent office. She chose to believe the lawyer.

She ruled the patent to be unenforceable. That doesn’t take away from our having co-invented the first spreadsheet, it did, however, hurt the enforcing of the patent.

Although there was further information subsequent to the lawsuit which could have affected her decision, it was too late – the same lawyer who had testified against us, was reprimanded by an Appellate Court for gross wrongful misconduct against other clients he had in the 70’s. Had the judge had that information during the lawsuit, perhaps she would have ruled in our favor.

However, that information wasn’t available until subsequent to our case.

The patent examiners were prepared to testify, affirming that our patent disclosures were sufficient based on our having met with them and reviewed the source code, the Affidavits of concern to the Judge were not of significance to them at the time – but they were prevented by either the USPTO or Department of Commerce policy (can’t recall) against testifying on memory and history of a case.

This could have changed the outcome of the Patent trial. We’ll never know. At the end of the lawsuit, we filed a lawsuit against the Department of Congress about the right of patent examiners to testify but they rejected our lawsuit saying we couldn’t sue as our case was no longer active. Interestingly, supposedly they subsequently changed the policy regarding patent examiners not being allowed to testify if I recall correctly.

Q: Any final thoughts or advice to share with our readers?

A: As it can be really difficult to enforce a patent, if you license your patent you really want a strong licensee if you have to defend the patent.

If you are going to file a patent, regardless of the potential of winning or losing, you want to do an excellent job on the patent claims as discussed. In the end you’re subject to the courts or moral suasion your licensee has with their established channels, which may be the most effective way to “enforce” a patent.