Kinetica was founded in 2009 with a sole purpose of helping United States Army Intelligence and Security Command (INSCOM) track terrorists and other national threats in real time. Kinetica provides the first fully-integrated GPU-accelerated, in-memory analytics database. The GPU acceleration provides unmatched performance and many internet giants such as Google and Amazon are incorporating the GPU-based infrastructure. Below is our interview with Amit Vij, Chief Executive Officer and Co-Founder of Kinetica: 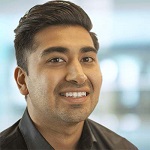 Q: What is driving the adoption of Graphical Processing Units (GPUs) in the datacenter?

A: Originally used to power game consoles by accelerating graphical rendering on machines, Google, Facebook, Amazon, Microsoft and Tesla are popularizing Graphical Processing Units (GPUs) in the datacenter and the cloud. Each of these companies has drastically increased their investments in GPUs over traditional CPUs, proving their value for corporate computing. What’s driving this move to GPUs is the rise of streaming analytics, deep learning, and Artificial Intelligence led by an explosion of data and data types. Like graphics acceleration, analytics acceleration is all about math, visualization, and massive data quantities. Throw in Machine Learning and Artificial Intelligence and it’s easy to see why GPUs are putting a spotlight on the limitations of CPUs and will ultimately dominate the enterprise datacenter. 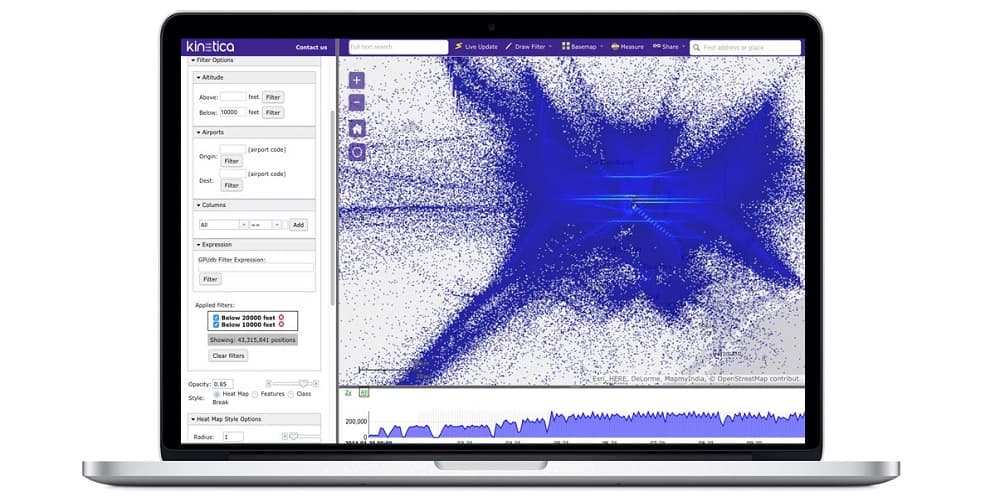 Q: How ubiquitous are GPUs?

A: Besides CPUs being replaced with GPUs in corporate datacenters, industry giants Amazon, Microsoft and Google have all begun providing GPU instances in their cloud offerings. Amazon claims its EC2 P2 Instances establish “the largest GPU-powered virtual machine in the cloud.” Microsoft claims its Azure N-Series Virtual Machines will utilize “the fastest GPUs in the public cloud.” And Google is beginning to equip its Cloud Platform with GPUs for its Google Compute Engine and Google Cloud Machine Learning services. While GPUs themselves are the focus of these new offerings, it will be software that uncovers the real benefit of their speed.

Q: What is a GPU-accelerated database?

A: GPUs are basically changing the economics of distributed databases. Instead of having to use a huge amount of x86 processors, organizations can use fewer GPUs to drive real-time analytics applications. Databases that run on standard x86 hardware can take advantage of, at most, 32 processor cores. GPUs, on the other hand, bring as many as 4,000 cores to the process. With an GPU-accelerated database, you can access and process data in mere milliseconds, versus 10 seconds or more for the same queries on a CPU system.

With Kinetica, we’ve also added accelerated visualization capabilities. Our visualization tools can render large volumes of data on the fly, so Kinetica is particularly well suited for fast moving, location-based IoT data. Customers can plot billions of data points and see changes in real-time as the underlying data or queries change. For example, one large retailer uses Kinetica to better track their inventory in real time and improve customer engagement by correlating data from point of sales (POS) systems, social media, weather, and other data. 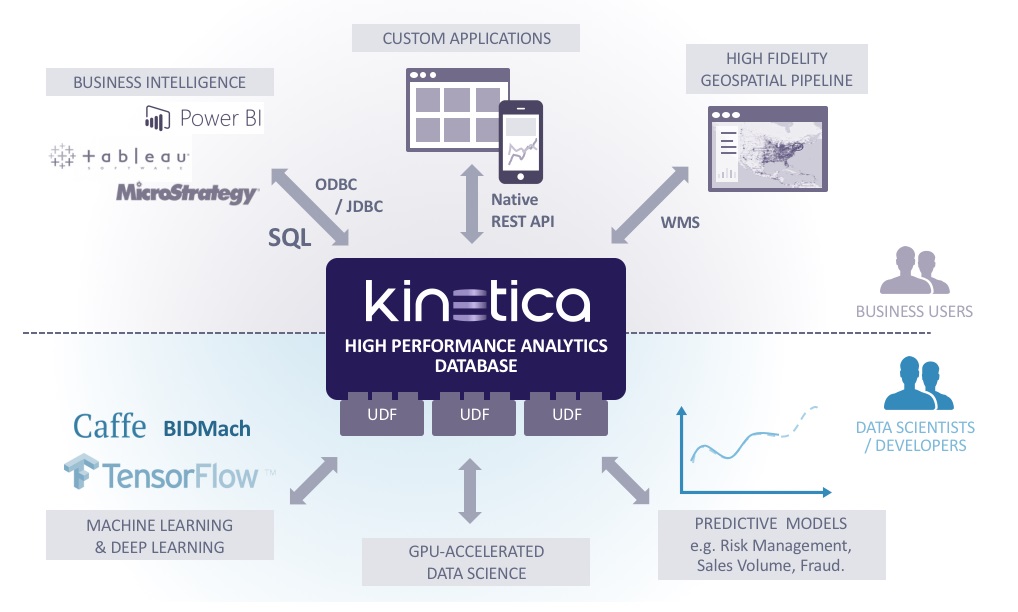 Q: What types of organizations would benefit from deploying a GPU-accelerated database?

A: Any organization that has use cases in real time would benefit from using a GPU-accelerated database. These types of use cases include sentiment analysis, anomaly detection and fraud prevention, resource allocation on the fly, terrorist tracking, energy generation optimization, inventory tracking and customer engagement improvements. Businesses across a wide range of industries can benefit: energy, telco, finance, retail, and healthcare, to name a few. In finance, for example, Kinetica helps companies get faster and more flexible insight into financial operations, customers, and markets and for risk optimization. Retailers use Kinetica to track and analyze huge volumes of moving assets and inventory. Healthcare organizations take advantage of Kinetica’s brute-force computer power for patient monitoring/care, medical research, and billing/customer satisfaction improvement.

Since Kinetica applies GPUs to greatly accelerate parallel processing in a column-store engine, organizations can process over one billion operations in less than a second. That kind of speed is more than 100-fold compared with leading in-memory and analytical databases. Basically, since Kinetica’s performance and efficiency greatly exceeds traditional in-memory databases, customers can realize much faster time to insights, while dramatically lowering their infrastructure costs.

Q: What are the primary benefits of a Kinetica GPU-accelerated database compared to CPU-based databases?

A: There are several main primary benefits of Kinetica’s GPU-based architecture: First, we offer unprecedented performance—Kinetica can ingest streaming data while delivering analytic results and producing visualizations on that data within milliseconds. Kinetica is designed from the ground up to take advantage of GPUs, which have 4,000-plus cores per device, versus 8 to 32 cores per CPU-based device. GPUs are well suited to performing repeated similar instructions in parallel for the compute-intensive workloads required of large data sets. GPU cores crunch data far more efficiently and quickly than CPUs—which process data sequentially.

Second, Kinetica scales predictably: you can easily scale up or out. Data written to Kinetica is automatically routed to parallel connections across the cluster, and OLAP queries are executed using fully distributed GPU-accelerated processing across the cluster.

Third, Kinetica can easily plug into existing data architectures, and the ops team doesn’t need to spend much time tuning, indexing, or tweaking their system compared to traditional CPU-based solutions. It’s also easy to consume data, since we offer free-text search, a native visualization engine, and plug-ins with BI applications such as Tableau, Kibana, and Caravel.

Additionally, with User-Defined Functions using GPUs, Machine Learning/AI libraries such as TensorFlow, BIDMach, Caffe, and Torch can run in-database alongside, and converged with, BI workloads.

Q: What new innovations has Kinetica brought to market this year?

A: Kinetica advanced its technology with the announcement of the 6.0 release of its distributed, in-memory database accelerated by GPUs featuring advances in performance, visualization and high availability for enterprise-grade stability and security. Specific enhancements include the addition of User Defined Functions (UDFs) that converge AI and BI workloads into one powerful database for business users; a ‘Reveal’ Visualization Framework for interactive real-time data exploration that uses location-based analytics to integrate with all major map providers including Bing, ESRI, Google, Mapbox and open street maps; VRAM Boost Mode that “pins” data in very fast GPU Video RAM for lightning fast query performance, while also still being able to leverage cluster-wide system RAM to both scale up and scale out multi-terabyte in-memory processing; and full SQL-92 query support through certified JDBC and ODBC connectors.

Q: What other milestones has Kinetica reached during the past year?