Below is our interview with Michael Wood, Vice President of Marketing at VeloCloud: 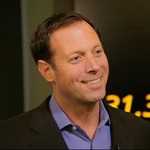 Q: It has been a while since we’ve spoken, what has been happening with VeloCloud?

A: VeloCloud has continued to expand its penetration into the SD-WAN market and has achieved several significant milestones along the way. VeloCloud now has well over 1,000 customers, and over 50 service providers are now VeloCloud Powered. In June, we held the largest SD-WAN focused channel event in the industry, called VeloCloud Achieve, bringing in partners from all over the world. And finally, VeloCloud expanded the industry’s first SD-WAN Security Technology Partner Program, which includes best-of-breed companies such as VMware, Symantec, Fortinet, IBM, Check Point, and Zscaler.

Q: And you announced that the SD-WAN Security Ecosystem has grown. Can you tell us more about that?

A: VeloCloud believes that an ecosystem which includes interoperability and integration with the best-of-breed cloud and on-premises security vendors is an integral part of the changing WAN landscape and establishes confidence with customers, channel partners and service providers when they implement these combined solutions. This includes the integration of best-of-breed vendors’ security virtual network functions (NFV) within the VeloCloud Edge and cloud security services insertion in the cloud. VeloCloud Cloud-Delivered SD-WAN also has security capabilities which are inherent in the architecture, such as scalable secure site-to-site connectivity, integrated firewall, secure cloud services, and segmentation. We extended these capabilities by establishing the security ecosystem to reduce barriers and simplify the migration to the cloud for enterprises. With this ecosystem in place, enterprise customers can fully realize the benefits of SD-WAN whether they choose to deploy an on-premises solution or in the cloud. 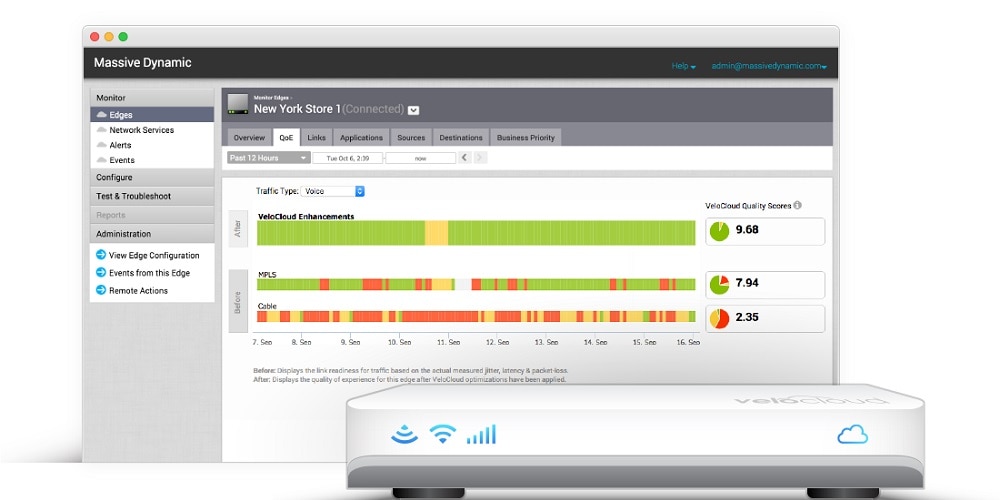 Q: Why is this significant for the industry?

A: The significance of this ecosystem is that each of the technology vendors in which VeloCloud has partnered with is a recognized leader in the security industry. The security services they collectively provide include integrated VNF on-premises, cloud, and management. The integrations also allow customers who adopt SD-WAN to continue using their existing security solution of choice, but extend the security protection to their SD-WAN traffic network wide.

Q: Why is SD-WAN such a challenge to secure?

A: Genuine SD-WAN takes advantage of private, public, wired and wireless links by steering applications over the most appropriate link at any instant in time to achieve the business policies set by IT. At any given time portions of the applications may traverse a virtual private network or a public network, making it difficult to know whether the path itself is secure. Because of this it is necessary to encrypt the traffic from site to site and site to cloud, which requires a scalable approach to encrypted VPN which is incorporated within VeloCloud Cloud-Delivered SD-WAN. In addition to these inherent security mechanisms, a business usually has a security posture driven by the CISO, CIO or Security Operations team which relies on best-of-breed security vendors and technology to ensure assets are protected network wide. These requirements are almost always non-negotiable which is why VeloCloud introduced and expanded the VeloCloud SD-WAN Technology Partner Program with additional security vendors.

Q: What about VeloCloud makes it such a good integration partner for all these leading security products?

Q: I know VeloCloud sells through the channel. How does this affect channel partners?

A: VeloCloud is a 100 percent channel driven company and our commitment to making the channel success is a big motivator. Channel partners have confidence in our solution and the technology partnerships we’ve established because they will, by extension, also benefit. The expansion of our security ecosystem eliminates the barriers for channel partners to deliver SD-WAN to their medium to large enterprises because many already have a security implementation in place through them that is now integrated into SD-WAN, allowing them to retain the security provider. The security VNF from these best-of-breed vendors can be activated with a single click within the VeloCloud Orchestrator which dramatically simplifies the deployment by channel partners.

Q: What can we expect to see from VeloCloud in the future?

A: VeloCloud will continue to be focused on expanding the SD-WAN Technology Partner Program beyond security, a necessity as the market continues to grow and gain traction with new audiences. SD-WAN is quickly becoming an integral part of enterprise networks which continues to drive integration and interoperability with existing infrastructure providers. VeloCloud will also be adding to its strategic and channel partners, which will include more Tier 1 and Tier 2 carriers and now includes 50 VeloCloud Powered Service Providers. Lastly, VeloCloud has always been focused on simplifying the network and optimizing the user experience. With this mission in place, VeloCloud has incorporated Outcome-Driven Networking, which allows the user to determine what the business outcomes and policies should be, which then proactively drives the built-in, dynamic and proactive intelligence within VeloCloud Cloud-Delivered SD-WAN, which enables the technology within the architecture to produce those specific outcomes even in the face of changing network characteristics.

Q: It has been nice speaking with you. Anything else you would like to share about SD-WAN security or VeloCloud?

A: SD-WAN security is a critical part of the ability to establish credibility and confidence with enterprises and channel partners who make up the early majority of SD-WAN adopters. Demonstrating an integration with existing security providers who have a long and successful reputation and most likely are already embedded into the enterprise infrastructure, is a game changer. Enterprises no longer have to choose between a new, innovative, and infrastructure-changing technology and their existing security providers. Now, they can have both.