Below is our recent interview with Reza Satchu, Co-Founder and Managing Partner of Alignvest Management Corporation and Founding Chairman of NEXT Canada, an organization seeking to increase Canadian prosperity and accelerate the trajectory of Canada’s most promising entrepreneurs. 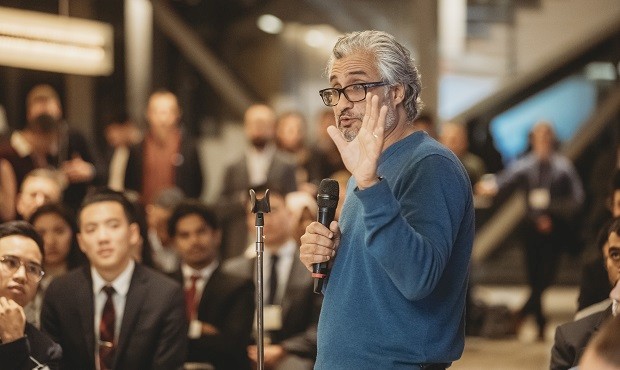 Q: Canada’s tech sector was identified as one of the country’s largest economic sectors and it continues to grow. Why, in your mind, should tech professionals choose Canada, more specifically, Toronto, over Silicon Valley?

Reza Satchu: That’s a tough question. We all know that Silicon Valley is the mecca of technology formation and investment. That’s not an easy bar to hit for Canada. Toronto has made some excellent strides in narrowing its gap with Silicon Valley, and there have been many great businesses that have been formed and built in the Toronto area. But, the draw of Silicon Valley remains intense and compelling, and so I’d say that there is still some work to do for Toronto to be truly at the level of Silicon Valley.

That being said, there are arguments to support Toronto’s rising tech sector. The cost of labor is cheaper here in Canada. You can hire an engineer and other similar talent more cheaply than in Silicon Valley. Additionally, I think that Toronto has an increasingly robust and differentiated funding ecosystem when it comes to seed or Series A funding.

At NEXT Canada, we’ve had several entrepreneurs who moved to Silicon Valley and what we’ve found is that they often come back to Canada after receiving a terrific education and experience there. Of course, we would rather have people stay in Canada; but, we should also be open to people competing globally elsewhere and then returning to Canada to mentor and inspire the next generation of entrepreneurs.

Q: Across Canada, technology is transforming industries and how business is done. How do we properly prepare students for careers in technology?

Reza Satchu: I think Canada has to be laser-focused on the technology sector.

Canada can’t be a country that competes on cost and scale; rather, we need to be able to compete on innovation and entrepreneurship. The sector where we are most able to do that is in technology.

So, I think we have to get our students exposed and thinking about technology at an early age. I’m not talking about having an iPhone or being on social media. Instead, students need to learn how to code and that should be part of the educational curriculum and they should also be exposed to entrepreneurship.

As far as learning about entrepreneurship, high school students should be spending time thinking about how they can create something of value, something that customers would want to buy and have.

Q: The tech market is competitive. If you were a CEO at one of Toronto’s major tech firms today, what would you look for in a potential candidate? What qualities, to you, would make them stand out?

Reza Satchu: Generally, I want someone who is extremely curious and someone who is willing to challenge me, but is also willing to put in the work. I’m looking for an individual who thinks hard about the status quo and whether it’s the right thing or whether we should be doing something differently. I’m looking for someone who has overcome obstacles in their life and who have overcome adversity. And even if they failed, so as long as this person learned something from the experience — that is what’s important.

Reza Satchu: If you take a look at my career, there’s been two things that I’ve focused on most passionately. One would be entrepreneurship. I’ve had the good fortune of being part of founding teams of startups and companies that we’ve built and scaled. The second passion of mine has been education, more specifically, teaching entrepreneurship and exposing people to entrepreneurship.

Teaching at Harvard allows me to combine those two passions at the highest level. At Harvard, I am teaching entrepreneurship; in particular, I’m teaching a course on launching technology ventures and another course on entrepreneurial management to students who I think can make a massive impact in the world. The experience allows me to combine entrepreneurship and education, the two things I’ve spent the last twenty years of my life focused on, and I am able to do this at what I think is the preeminent business school in the world.