Xavier Dupont, former CEO of Maestro & Falcom recently acquired by Lantronix, tells us about his role from its foundation, its recent acquisition by Lantronix and how he has created a truly exceptional company. 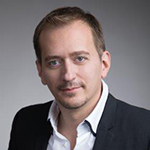 Q: Xavier, can you tell us more about your background? What were you doing before M&F Holdings?

A: I left France twenty years ago to start working overseas. I have lived in China, Vietnam, Canada, India, and have been in Hong Kong for fourteen years. I have also worked in various industries and served for two years in the French Foreign Services in India. I got into the wireless communication industry and IoT fifteen years ago.

Q: M&F Holdings has recently been acquired by the industry leader in IoT – Lantronix; could you tell us more about this?

A: The Maestro and Falcom companies have come a long way in the M2M/IoT space. I created Maestro, first as a division of the Fargo Group in Hong Kong back in 2007. Fargo Group has a long history of bringing technology and services together between China and France. It was founded by two brilliant entrepreneurs, Paul Clerc Renault and Bertrand Jalon in 1980. They are two visionaries who started to distribute wireless modules and applied them to machine to machine communication in 1998; that was way ahead of its time!

I came into the picture in 2004, when I first joined the distribution business from India. I came to the headquarters and created Maestro.

Maestro grew well into a brand recognized for IoT gateway in Europe and Asia.

We entered the American market in 2008 and acquired the GPS module line called Vincotec in 2009.

In 2012, my shareholder wanted to exit, so we sold to Telefield International Holdings.

Our business kept growing and in 2014 and 2015, we did two acquisitions: Falcom GMBH in Germany and 2embedCom in Spain. Falcom gave us an amazing brand recognition and fine expertise from German engineering, while 2Embedcom gave us a solid base to expand our sales and support team in Europe.

The company continued its evolution and focused on being a 100% IoT gateway company. We were ranked 3rd largest IoT gateway manufacturer by HIS Markit in 2017.

An expansion in technology requires a company to constantly reinvent itself. This requires it to keep investing to remain in the race. To finance this growth, my board decided to look for strategic partnership.

After several interactions with the Lantronix leadership, the strategic fit sounded very natural. We had complemented each other in terms of product portfolio, geography, and a good IoT “cultural” fit.

I am very glad we found a well-recognized and long-established company in the IoT space, and we are now working on the integration to become a stronger leader in the IoTindustry. 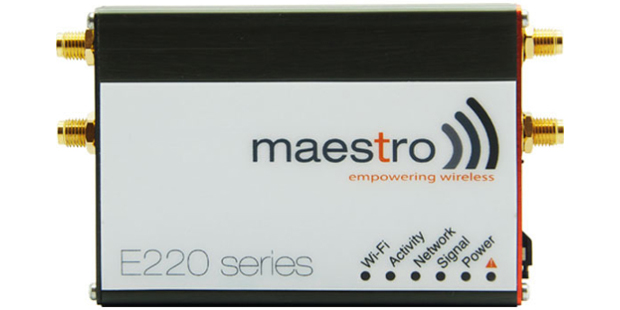 Q: What is the biggest challenge you’ve faced in your career and how did you overcome it?

A: Life as an entrepreneur is a roller coaster. Being right too early can still make you wrong. We started a great initiative in 2009 to become more vertically integrated and set up a company called GreenWare. The vision was right; we had a good opportunity to provide IoT technology to the energy and green technology space. However, it became a case of wrong place, wrong time. We underestimated the investment needed to penetrate the market, the technology we used was expensive and could not deliver the level of performance required in the industry. Several of our projects ended after proof of concept due to lack of funds or unclear return on investment. The “Digital Transformation” applied to energy conservation was not seen as strategic at that time.

We had three successful projects, but they were not enough to get the company to stand on its feet, so we had to wind up after three years.

Q: As a successful entrepreneur, what are the biggest lessons you’ve learnt so far?

A: There are many lessons you learn from entrepreneurial life. Here are some I can mention from off the top of my head:

Q: For those who haven’t heard of it, what is the best way to describe M&F Holdings?

A: M&F Holdings has been in the IoT field for twenty-five years and has deployed more than 2 million devices worldwide.

The problem of this new industry is that 70% of projects fail during the proof of concept/initial stage. Our solution makes IoT easy by providing a gateway with an embedded intelligence and cloud service which is:

Maestro has deployed more than 2 million devices in the world and supported many projects to successful completion. Some of our customers are Siemens, Schneider, and Audi, which recently launched a car rental solution with our technology.

M&F has a 25-year expertise, which is very rare in the IoT industry with a track record of over 2 million connected devices. We are a global company with access to not only mature markets such as the US and Japan spaces, but also emerging economies like India. We are growing steadily and our gateway business is poised to penetrate more markets.

Recommended: Capital Way Provides Software That Values Transparency, Partnership And The Sharing Of Success With Every Investor

Q: What are some of the specific user cases or scenarios you can share on how consumers can leverage your products?

A: We have deployed our device on a large scale in very extreme conditions. These are some of our success stories:

Q: What is on the roadmap for M&F Holdings, moving forward?

A: Now that M&F Holdings is part of Lantronix, we expect to bring our modem, router trackers, and services faster to the market thanks to our partner’s well-set up public company. I believe being part of Lantronix can help the IoT industry stand firmly on its feet by bringing simplicity and reliable technology to help increase the success rates of IoT projects.

Data shows that 70% of IoT projects don’t pass the proof of concept stage. I strongly believe that Lantronix with its modem, router, and tracker coming from Maestro, plus our value-added services can demonstrate a higher success rate of IoT projects.