Below is our recent interview with Jonathan Rowden, Co-Founder of GPU Audio: 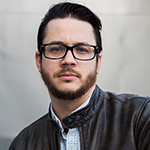 Q: Jonathan, can you tell us something more about your startup?

A: Our startup, GPU Audio is the world’s first company to successfully bring a fully capable engine for harnessing GPUs (graphical processing units) to achieve vastly accelerated audio computing. GPUs are most commonly used for handling high performance graphics in gaming and production, with thousands of cores inside of them, designed for ultra efficient parallel processing.

Contrasted with CPU limitations that persist in audio workflows, plugins and platforms, the question of using GPU processing to provide more power has been desired by industry pros for in excess of 15 years. After many years in stealth mode, our company successfully solved the fundamental problems by bringing this tech to life, and now we are making it available to the public for the first time ever.

All a user has to do is simply load the plugins or software as they would anything else, and it automatically synchronizes with their GPU/drivers, and your audio processing for that piece of software is now operating on your GPU, saving your precious CPU for other tasks. 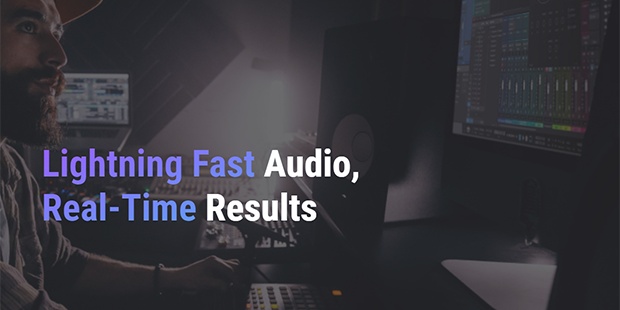 A: This year, GPU Audio opened up our technology for early access, and now beta – in the form of audio plugins. The ecosystem is still being publicly tested and has a community of over 20,000 users participating. We initially began by supporting NVIDIA GPUs and have now picked up support for AMD – with Mac OS just around the corner.

Our beta-suite is a collection of audio plugins which utilize GPUs for accelerated audio processing. The entire suite will comprise compressors EQs, distortions, reverbs, delays and more – all being rolled out in small bundles. The Modulation Bundle is made up of a Flagner, a Chorus, and a Phaser, all completely free and a major step forward for GPU Audio technology.

In addition to imminent MacOS support, we’ll have an SDK out next year opening the door for third party plugin developers to make their own plugins, with full access to the power of GPU Audio technology. Look out for more bundles in the early part of next year and our first third party collaboration – a Spatial Audio Plugin with an incredible New York based immersive audio company; Mach1 .

A: Fundamentally speaking, we’re offering a technology solution. Never before have developers, broadcasters, and musicians had the opportunity to process audio using GPUs. This is a technical milestone for us and the wider community – putting the immense power of GPUs at the heart of the audio ecosystem, with the unique parallel processing they offer.

Our first releases offer a proof of concept, with huge potential for the future of accelerated DSP – with a paradigm-shifting selection of possibilities for live Machine Learning, vast scalability, and networked integration. The CPU inevitably has its limitations when processing modern projects, such as Spatial Audio, so GPU Audio is providing exceptional power for vast processing using components which already reside in most people’s machines. 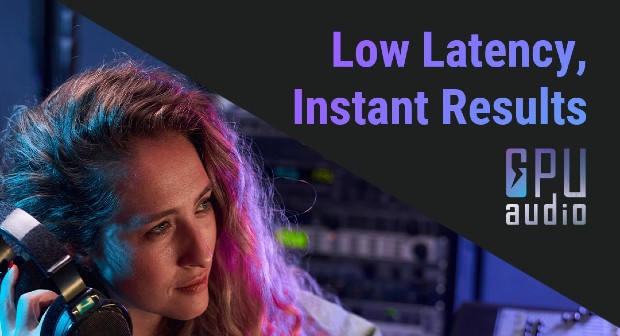 Q: What is the best thing about your company that people might not know about?

A: GPU Audio is, at its heart, a deep tech company run by musicians, producers and audio engineers – alongside the best minds in GPU science and development. We have 7 PhD’s in our company, and pride ourselves in being a leading R&D company in the field of accelerated audio computing (an industry niche that I coined the phrase for last year). Because our core ethos revolves around enabling and empowering creators and developers, we consider spreading our technology to other companies our most important long term mission. Fans of the GPU Audio technology vision can expect a myriad of third party products to be released in coming months, with collaborators big and small.