American Manganese Inc. (AMY) is a critical metals company with a patent pending hydrometallurgical process for recovering cathode metals in lithium-ion batteries such as cobalt, lithium, nickel, manganese, and aluminum. Below is our recent interview with Larry Reaugh, President and CEO at American Manganese Inc.: 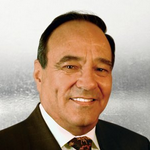 Q: Could you give our readers an overview of American Manganese and your current focus?

The process evolved from a technological breakthrough on our Artillery Peak manganese project, which enabled us to recover and produce manganese metal from extremely low-grade material. Unfortunately, the price of manganese dropped and it defeated the feasibility of the Artillery Peak project. However, our research contractor, Kemetco Research, who developed the process, was going through process chemistry and realized that the cathode chemistries in lithium ion batteries should react to our process, with some changes.

We decided to do a scoping proof of concept, and sure enough, we got high recoveries of lithium, cobalt, nickel, manganese, and aluminum from cathode material. We then moved onto another big expenditure, between a million and two million dollars over the year to beef that work up and file a patent.

AMY is currently undergoing Pilot Plant construction and testing, which is projected to conclude by May 2019. The Pilot Plant will replicate real world closed-circuit conditions in a continuous operation to simulate and de-risk production. 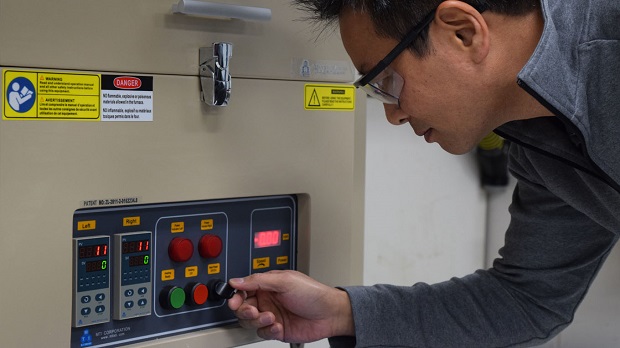 Q: What can you tell us about your patent application?

A: Our patent was applied for in November 2017 and was published shortly after that on May 17, 2018. AMY has also received the first office action from the US Patent and Trademark Office pertaining to AMY’s lead invention for recycling lithium ion battery cathode materials. The office action indicated that all drawings have been accepted and claims 1 – 70 (all claims in the application) appear to be allowable over the cited prior art of record.

The notion that all claims appear to be allowable over the cited prior art indicates that the technology is novel and not known to the public prior to the filing of the Company’s patent application. Novelty is a requirement for patent claims to be patentable.

In addition, other innovations are currently being assessed to determine if they should be commercially integrated as trade secrets or if additional patents should be filed.

Q: How do you plan to expand your process into a revenue generating plant?

Q: How much revenue are you expecting with the Demonstration Plant?

A: The revenue is dependent on the cathode chemistry being treated. AMY’s process can treat the popular chemistries such as LCO, NMC, and NCA but they each have a different composition of battery metals. For instance, LCO cathodes have the highest composition of cobalt, which is a highly valued metal. Therefore, the highest potential value is in LCO cathodes, while NMC-811 is the lowest value potential, but still profitable.

With that being said, after three years of operation, the $10 million Demonstration plant has an estimated NPV from US$ 21 million to US$ 107 million. That is a payback period of only a few months.

Q: What are the projections for the electric vehicle market and lithium ion battery industry?

Q: Could you tell our readers a bit about your share structure?

There’re 165 million shares outstanding in the company. About 20-30% are controlled by the board and the advisors. We currently have a million and a half in the treasury, enough to get us through the pilot plant work plus additional expected warrant exercises.